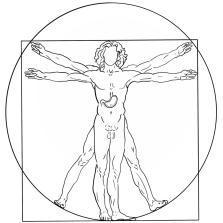 The hypothesis that ulcers are caused by bacteria underlay many experiments at the beginning of 20th century. Yet, by late 1950s, this etiological theory was largely abandoned. The received view is that a 1954 study, which showed (erroneously) the absence of bacteria in over 1180 stomachs, is largely to blame. We decided to take a closer look at this narrative, and using digital textual analysis, we demostrated evidence that the bacterial research was on the wane at least ten years prior to the fateful study. To describe the fate of the germ theory of ulcer genesis, we created a concept of 'declining research programs' - strands of research that fewer and fewer scientists actively pursue. The main takeaway message from our study is that the method we used helps with identifying declining research programs, which in turn promotes further research in integrated history and philosophy of science on questions such as "when is a research program pursuitworthy?" or "in what circumstances do research programs flourish or vanish?"

The history of the research on peptic ulcer disease (PUD) is characterized by a premature abandonment of the bacterial hypothesis, which subsequently had its comeback, leading to the discovery of Helicobacter pylori the major cause of the disease. In this paper we examine the received view on this case, according to which the primary reason for the abandonment of the bacterial hypothesis of PUD in the mid-twentieth century was a large-scale study by a prominent gastroenterologist Palmer, which suggested no bacteria could be found in the human stomach. To this end, we employ the method of digital textual analysis and study the literature on the etiology of PUD published in the decade prior to Palmers article. Our ﬁndings suggest that the bacterial hypothesis of PUD had already been abandoned before the publication of Palmers paper, which challenges the widely held view that his study played a crucial role in the development of this episode. The paper makes two main contributions to the literature in integrated history and philosophy of science. First, we suggest that the received narrative on this historical episode, commonly used by philosophers, needs to be revised. Second, we introduce the notion of a declining research program and argue for its importance as a unit of socio-epistemic analysis, especially in combination with normative assessments, such as pursuitworthiness of scientiﬁc theories.