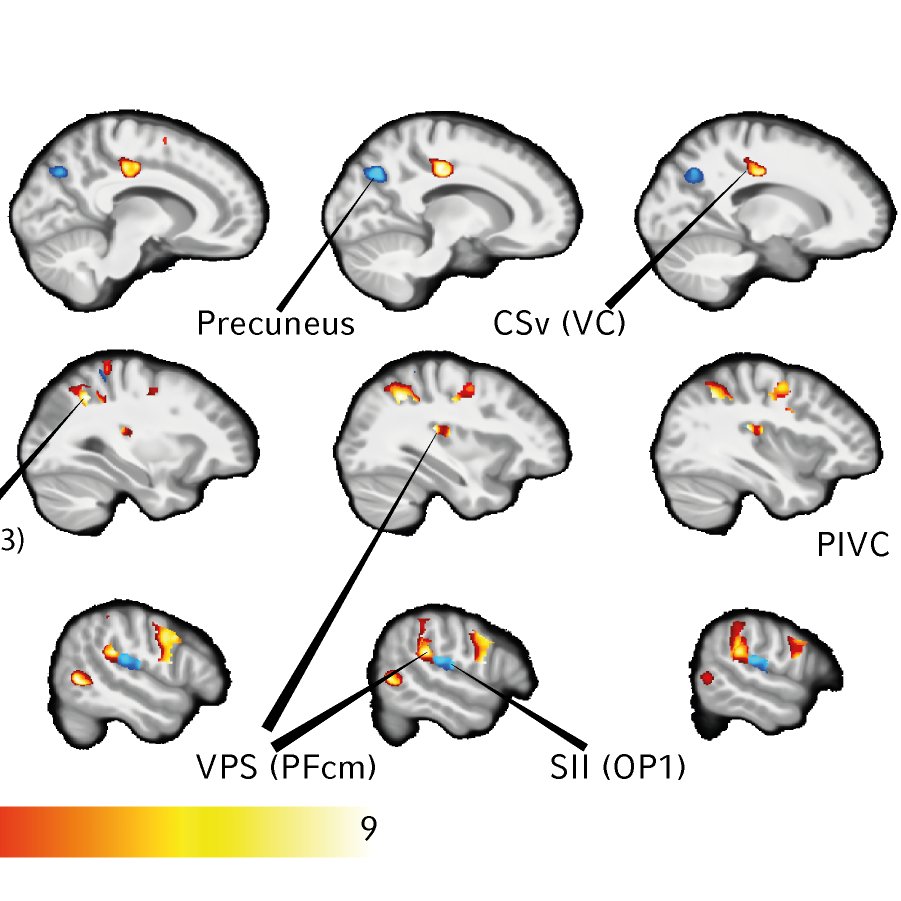 Aim: The cortical representations for almost all senses (touch, pain, sound, vision and smell) haven been robustly mapped in humans with functional neuroimaging. But the majority of cerebral regions receiving vestibular information originating from our so-called sixth sense have evaded a definitive localization for more than two decades now. Neuron recordings and tracer studies in several primate species had previously established a cortical vestibular network of at least seven (maximum ten) regions per hemisphere [ 1, 2]. Up to now, several confounders impeded the delineation of a human vestibular cortex. These included somatosensory confounders, head motion artifacts, difficulties in evoking an intense vestibular percept and spatio-temporal limitations of fMRI. Aim of our fMRI study was to finally localize all cortical vestibular regions known from other primate species in humans. In a subsequent step we also intended to perform an internal replication of our findings.

Results: Controlling and accounting for somatosensory, nociceptive and salience effects we were able to delineate and identify nine cortical homologues to known vestibular representations in non-human primates. Aside from the cerebellar nodule and uvula we found the cytoarchitectonic area OP2 in the parietal operculum to be the human core equivalent to the parieto-insular vestibular region PIVC. Monkey visual posterior sylvian area (VPS) could be mapped to cytoarchitectonic area PFcm whereas area 7 is probably located in the human inferior parietal lobule (cytoarchitectonic area PF). We could also identify the ventral intraparietal area (VIP) in the intraparietal sulcus (cytoarchitectonic area hIP3) as well as areas 2v and 3aV. The area cingulate sulcus visual (CSv) was found to be the vestibular cingulate (VC) region known from non-human primates. We found a strong vestibular response in already established area MST und could map monkey area 6 to a lateral premotor region in humans. The vestibular reponse found in the periarcuate cortex in monkeys is probably reflected in a paramedian human activation in the supplementary motor area. All of these findings could be replicated internally in the second independent cohort.

This work was supported by the Federal Ministry of Education and Research (BMBF 01 EO 0901).

Data availability: The datasets generated during and/or analysed during the current study are available from the corresponding author on reasonable request.
ScienceOpen disciplines: Neurosciences, Life sciences
Keywords: cartography, vestibular, cortex