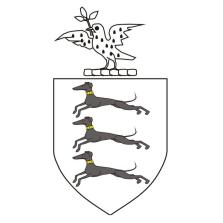 The original manuscript has not yet been reviewed or edited so I have taken the opportunity to make a few changes and improvements to the manuscript before I send out review requests.

Today’s marine calcifiers (coccolithophore algae, Foraminifera [protists], Mollusca, Crustacea, Anthozoa [corals], Echinodermata) remove carbon dioxide (CO 2) from the atmosphere, converting it into solid calcium carbonate (CaCO 3) which is stable for geological periods of time. These organisms could serve as a biotechnological carbon capture and storage mechanism to control climate change. Two criticisms made about this are: (i) ocean acidification has allegedly been shown to cause reduced shell formation in calcifiers; (ii) the calcification reaction that precipitates CaCO 3 crystals into the shells is alleged to return CO 2 to the atmosphere. In this review we assess the evidence concerning such criticisms and find reasons to doubt both. Experiments showing that ocean acidification is damaging to calcifiers have all used experimental pH levels that are not projected to be reached in the oceans until the next century or later; today’s oceans, despite recent changes, are alkaline in pH. Claiming precipitation of CaCO 3 during calcification as a net source of CO 2 to the atmosphere is an oversimplification of ocean chemistry that is true only in open water environments. Living calcifiers do not carry out the calcification reaction in an open water environment in equilibrium with the atmosphere. The chemistry that we know as life takes place on the surfaces of enzymatic polypeptides, within organelles that have phospholipid membranes, contained in a cell enclosed within another phospholipid bilayer membrane specifically to isolate the chemistry of life from the open water environment. Ignoring what is known about the biology, physiology, and molecular cell biology of living organisms, calcifiers of all types especially, leads to erroneous conclusions and deficient advice about the potential for calcifier biotechnology to contribute to atmosphere remediation. Net removal of CO 2 from the atmosphere by calcifiers is only achieved by the CaCO 3 stored in the shell, coccoliths, or foram tests that are left when they die. To capitalise on this requires a change in paradigm towards cultivating calcifiers for their CaCO 3 rather than their meat or other products. We conclude that the world’s aquaculture industries already operate the biotechnology that, with massive and immediate global expansion, can contribute to sustainably controlling atmospheric CO 2 levels at reasonable cost and with several positive benefits in addition to carbon sequestration.