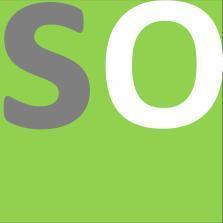 This study was conducted in the School Year 2022-2023 at Sta. Filomena in the North - II District in the Division of Iligan City. It explored the workability of Edpuzzle App as a remediation tool for Grade 4 strugglingreaders to help them improve their ability to comprehend. It utilized the one-group design, specifically pretest-posttest single group with the descriptive design to describe the results. The data were accessed from the result of the pretest and posttest. The participants of this study were the thirty-five (35) Grade IV struggling readers identified through the administration of Phil-IRI in the previous school year. Purposive sampling was used because they possessed the inclusion criteria as all of the respondents were identified as struggling readers.Weighted Mean and repeated ANOVA were the statistical treatments used. Significant findings showed that there was a match in the reading levels of the participants with their previous levels before Edpuzzle was administered and that Edpuzzle App improved the reading comprehension levels of the participants from the frustration level to the Instructional level, implying that the Edpuzzle App exhibited workability as a remediation tool. The conclusion of the study significantly stated that the findings of this study would be important to the learners, especially those who are in the transition level of elementary education as they would get the chance to improve their thinking ability.