How to Prevent and Eradicate the “Kuluna” Phenomenon? A Christian Perspective in Social Work and City Governance. 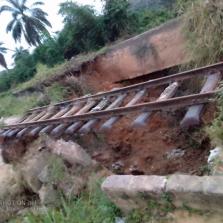 The kulunaphenomenon is a social pathology having many causal factors in multidimensional systems such as the microsystem and the macrosystem. So the changing process requires first the prevention by elaborating a public policy with a multisector impact. But many times reaction is applied instead of preventing to avoid gangsters among young in the city of Kinshasa by the public managers. In this article, we give some prerequisites for the elaboration of a multisector public policy and the praxis, concerning legal authorities and the Christian social workers through the churches and other Christian social organizations which are called to work in the sense of a contextual mission, and deal with spiritually in addition to the psycho-sociological questions. The findings of this research show evidence in the hyper military environment of Kinshasa city and the Kuluna phenomenon. Demilitarization of the city is imperative.