Fiscal system and policy, with a special focus on Kosovo 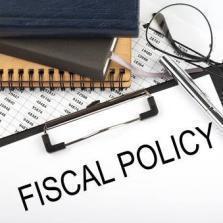 Therefore, differences in the fiscal system and policy at the time of international integration processes-globalization, represent significant obstacles in economic transactions between different countries of the world. These changes are presented in the type of measures and instruments in the tax scope, in the structure of tax revenues, in the level of customs rates, VAT, the level of the tax rate in revenues, salaries, etc., as well as in facilities different that are implemented not linearly, but according to political relations that one country has with other countries. Globalization, respectively, international economic integration processes, are developing with great intensity, which are affecting the deepening of the advancement of national integration processes between the countries of the world which are facing certain problems in the field of legal infrastructure and fiscal policy instruments. There is no doubt that some fiscal policy measures and instruments play an important role in international economic transactions, but they can also be an obstacle to the internationalization of the flow of goods and services.

The role of the fiscal system and policy from the state point of view, is seen in fact as sources of budget revenues of a country that are provided mainly by the measures and instruments of fiscal policy. Also, the material (financial) position of economic entities significantly depends on the implemented fiscal policy. Therefore, fiscal policy enables the state public (budget) revenues, which allows them to meet the general and common needs of citizens, on one hand, and economic entities to carry out their activity and business, in the other hand.

Data availability: All data generated or analysed during this study are included in this published article (and its supplementary information files).
ScienceOpen disciplines: Economic theory,Financial economics,Macroeconomics
Keywords: Fiscal Policy