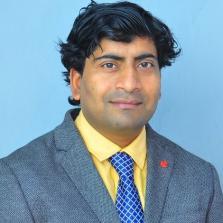 The aim of this study was to examine the determinants of urban poverty in the case of Female headed household of Ibinat town. Both primary and secondary data sources are used. Primary data was collected directly from sample respondents of female headed households. To collect the data structured questionnaire was prepared and distributed for the respondents. To select the appropriate sample households, simple random sampling technique was used. A total of 180female headed households have been taken as a sample. To analyze the collected data both descriptive and econometric model have been used. To identify the status of poverty Foster- Greer –Thorbecke measures of poverty was used. The headcount ratio(Po) shows that about 45 percent of the sampled female headed households are below the poverty line. The poverty gap index (P1) indicates that average poverty gap in the sample living below the poverty line is 11%. The severity of the poverty indicates that the poorest people in Ibinat town are 9 percent worse off compared to those total households living below the poverty line. To identify the determinants of urban poverty in the case of female headed household, binary logistic regression model was used. The results of logistic regression revealed that family size, age of the household head, number of dependent family member and access to credit are significantly affecting urban poverty. It is recommended to policy makers to act accordingly on credit policies, family planning activities and investments (both public and private. Government policies should encourage financial institutions (both formal and informal) so that households get an access to credit and reduce poverty. There should be family planning practice by local level governments to increase the number of family size, since an increase in family size is negatively associated with household poverty. To reduce the number of dependent people government and other stakeholders should encourage investment in the town so that those dependent people will be employed and generate income. If every family member is generating income, household poverty will decline.

Its nice to see article for the country I am working with .

I am pleased to know and find it very suitable in current sceneraio under SDG 1 , poverty reduction and zero hunger.

I recommend this paper to accept and make it published.

The context of the article is well-defined, and the use of primary and secondary data sources in the study gives more emphasis to the topic. It also validates the research findings easily, well-done authors. For the global audience, the specific and relatable geographical scope of the study may be included.