A Review on Larvicidal Activity of Silver Nanoparticles Derived From Ficus spp. Against Aedes aegypti 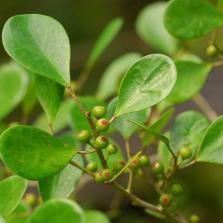 Insecticidal resistance among mosquitoes has become prevalent due to the continuous use of insecticides to control dengue vectors. This became the catalyst for researchers to come up with an alternative that is mainly organic and biologically synthesized from plants. Silver nanoparticles are widely known as one of the effective alternative larvicides since it has the silver's bactericidal capabilities, the larvicidal activity of the chosen plant, and excellent effectiveness due to its small particle size which measures around 1 nanometer to 100 nanometers, as well as the excellent surface area to volume ratio. Different plant parts such as leaves and fruits from some Ficus spp. are widely used and studied in deriving silver nanoparticles to test their larvicidal activities against dengue vectors. Researchers discovered that this is due to the plant extracts from most Ficus spp. which contain phytochemical components that are known for having a huge role in ferric reduction and radical scavenging actions. Most researchers used advanced analytical methods to explore the characteristics of the derived silver nanoparticles and used WHO protocol in testing the effectiveness in combating dengue vectors. This review will discuss the possibility that silver nanoparticles derived from an indigenous plants, which are Ficus species, can be a feasible alternative to combat dengue outbreaks.