Bookshelf: A Selection of Recent Publications at the UCL Institute of Archaeology 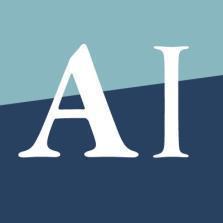 The Institute of Archaeology produces two well-established series of books with Routledge: a General Series (series editor: Ruth Whitehouse) and the Critical Cultural Heritage sub-series (series editor: Beverley Butler). Two books in the General Series have been published since January 2020, with one manuscript currently in revision following refereeing and four others in preparation for refereeing.

In addition, in 2019 the Institute launched a new partnership with BAR Publishing to publish largely unaltered PhD theses. This substantial series is proving popular and will promote the Institute’s outstanding postgraduate research programme across the theory and practice of archaeology, conservation and heritage. Two books in the BAR UCL Institute of Archaeology PhD Series have so far been published, with a further two volumes accepted for imminent publication and three titles under active consideration.

Sada Mire. 2020. Divine Fertility: The continuity in transformation of an ideology of sacred kinship in Northeast Africa 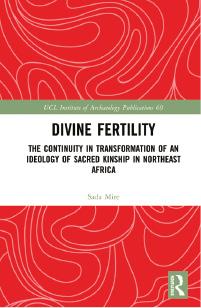 This book uses recent archaeological and ethnographic research to explore the impact of an Indigenous ideology of Sacred Kinship on everyday life in Northeast Africa, and to demonstrate that for millennia complex Indigenous institutions have bound people together beyond the labels of Christianity and Islam. The important sacred landscape of Saint Aw-Barkhadle is explored and theoretical, analytical and locally appropriate archaeological frameworks are developed to interpret the shared heritage and Indigenous archaeology of the region. 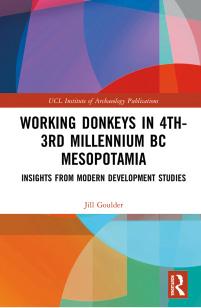 This book addresses the neglected topic of the role and impact of working-animal adoption in antiquity. It focuses on the fourth–third millennium bce Mesopotamia, but is also applicable to other periods and regions. The book uses a novel interdisciplinary process of analogy with the modern practice of working donkeys and cattle in sub-Saharan Africa and elsewhere to analyse nearly 400 published official and NGO development studies of working animals, particularly donkeys. It sheds light on the practicalities of working-animal adoption and management.

Gail A. Hammond. 2020. Ancient Maya Settlement and the Alacranes Baja: Landscape and communities in the Three Rivers Region, Northwestern Belize 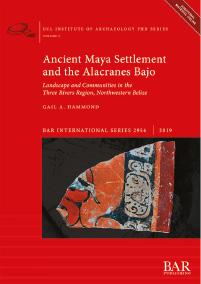 This work investigates a distinctive zone of the Three Rivers Region of far northwestern Belize – a zone dominated by the Alacranes Bajo, a seasonally inundated karstic depression bordered by the settlements of Nojol Nah and Tulix Mul. It uses archaeological evidence to investigate households, monumental structures and landscape features within a local, regional and inter-regional context, and thereby contributes to an understanding of land use by the ancient Maya.

Susan E. Poole. 2020. A Consideration of Gender Roles and Relations in the Aegean Bronze Age Interpreted from Gestures and Proxemics in Art 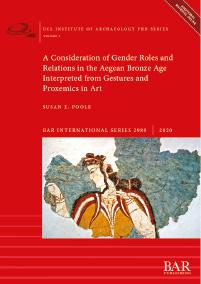 Gender roles and relations, and differential power status, are studied using human figures in Aegean Bronze Age art. Gestures, postures, body language, placements and orientations of a range of figures found on wall paintings, glyptics (seals, seal impressions and finger rings) and some three-dimensional objects are analysed qualitatively and quantitatively using a structural iconographic method and ethological, sociological and linguistic approaches. A rich corpus of images from wide-ranging sources illustrates the observations made.

Many other books have been published by Institute staff between 2019 and 2020. Some of these are featured below. 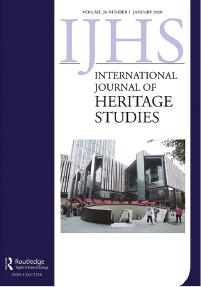 Heritage relies, to a large extent, on notions of endangerment and consequential attempts to arrest or reverse processes of loss and change. The articles in this fully open-access special issue engage critically with this underlying orientation, exploring the social and cultural work which is produced through efforts to avert loss. In doing so, the articles also point towards alternative ways of valuing objects, places and practices which are not solely determined by notions of endangerment and risk. 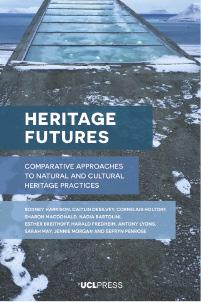 Preservation of natural and cultural heritage is often said to be something that is done for the future, or on behalf of future generations, but the precise relationship of such practices to the future is rarely reflected upon. Heritage Futures draws on research undertaken over four years by an interdisciplinary, international team of 16 researchers and more than 25 partner organisations to explore the role of heritage and heritage-like practices in building future worlds. 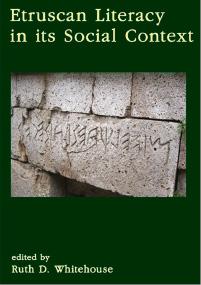 Etruscan Literacy in its Social Context arises from a conference held at the Institute of Classical Studies, School of Advanced Study, University of London in 2010. It presents articles by scholars of the Etruscan world who offer a wide range of approaches to understanding how writing was used by the Etruscans. They bring together archaeological, linguistic, iconographic and historical perspectives to make new and stimulating contributions to the study of Etruscan society and its use of writing. 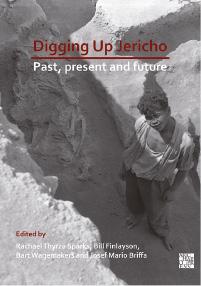 This volume draws on the work of 22 international scholars to explore the archaeology and heritage of the Jericho region – an area with a long and impressive history, stretching from the Epipalaeolithic to the present day. It demonstrates how old and new data can contribute to current debates in South Levantine archaeology; the value of a deeper understanding of past methodologies and practices; and how Jericho’s legacies can be realised for future generations. 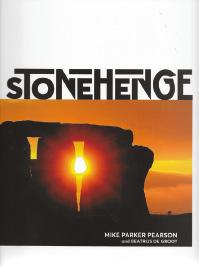 This book accompanies an international travelling exhibition on Stonehenge, first exhibited in Tongeren, Belgium, and currently on display in Houston, USA. It sets out the chronological stages of Stonehenge’s construction between 3000 bce and 1500 bce, and places this iconic monument in the context of wider changes in the Stonehenge landscape and further afield. The work is copiously illustrated with colour images of Stonehenge and other archaeological sites and artefacts. 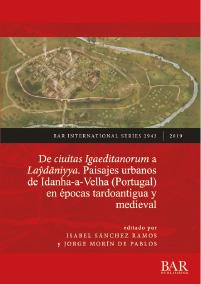 The purpose of this book is to present the results obtained by the IdaVe Research Project. The main contribution is to provide new reflections concerning the landscape, urbanism and architecture of Idanha-a-Velha in the Roman, late antique and medieval periods based on the latest fieldwork data and the reinterpretation of previous works.

This book will appeal to archaeologists, historians and geologists from Portugal, Spain and internationally who are interested in classical archaeology, Roman urbanism, topography, landscape, societies, religion and urban evolution in late antiquity and the medieval period. The volume will also be of interest to students and professionals in these fields.

Rodney Harrison and Colin Sterling, eds. 2020. Deterritorializing the Future: Heritage in, of and after the Anthropocene . Open Humanities Press. 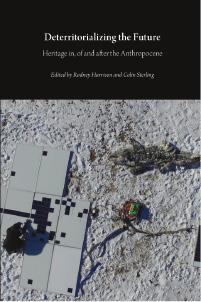 Understanding how pasts resource presents is a fundamental first step towards building alternative futures in the Anthropocene. This collection brings together scholars from a range of disciplines to explore concepts of care, vulnerability, time, extinction, loss and inheritance across more-than-human worlds, connecting contemporary developments in the posthumanities with the field of critical heritage studies. Drawing on contributions from archaeology, anthropology, critical heritage studies, gender studies, geography, histories of science, media studies, philosophy and science and technology studies, the book aims to place concepts of heritage at the centre of discussions of the Anthropocene and its associated climate and extinction crises – not as a nostalgic longing for how things were, but as a means of expanding collective imaginations and thinking critically and speculatively about the future and its alternatives. Contributors include Christina Fredengren, Cecilia Åsberg, Anna Bohlin, Adrian Van Allen, Esther Breithoff, Rodney Harrison, Colin Sterling, Joanna Zylinska, Denis Byrne, J. Kelechi Ugwuanyi, Caitlin DeSilvey, Anatolijs Venovcevs, Anna Storm and Claire Colebrook. 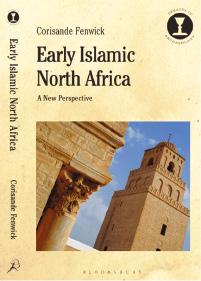 This volume proposes a new approach to the Arab conquests and the spread of Islam in North Africa. In recent years, those studying the Islamic world have shown that the coming of Islam was not marked by devastation or decline, but rather by considerable cultural and economic continuity. In North Africa, with continuity came significant change. Corisande Fenwick argues that the establishment of Muslim rule also coincided with a phase of intense urbanisation, the appearance of new architectural forms (mosques, housing, hammams), the spread of Muslim social and cultural practices, the introduction of new crops and manufacturing techniques, and the establishment of new trading links with sub-Saharan Africa, Europe and the Middle East. 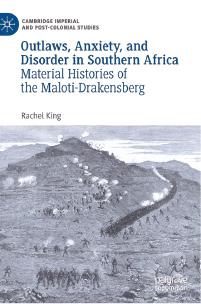 Outlaws, Anxiety, and Disorder in Southern Africa: Material histories of the Maloti-Drakensberg explores how objects, landscapes and architecture were at the heart of how people imagined outlaws and disorder in colonial southern Africa. Drawing on evidence from several disciplines, it chronicles how cattle raiders were created, pursued and controlled, and how modern scholarship strives to reconstruct pasts of disruption and deviance. Through a series of vignettes, Rachel uses excavated material, rock art, archival texts and object collections to explore different facets of how disorderly figures were shaped through impressions of places and material culture as much as actual transgression. Offering interdisciplinary perspectives on the past in Africa’s southernmost mountains, the book grapples with concepts relevant to those interested in rule-breakers and rule-makers, both in Africa and the wider world.