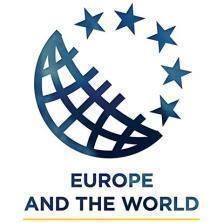 ‘When I was your age, Pluto was a planet’ was a popular joke after the celestial body’s reclassification as a ‘dwarf planet’. In many ways, the story of Pluto is an appropriate metaphor for the United Kingdom after Brexit. Just as textbooks on astronomy had to be updated to reflect Pluto’s changed status, legal scholarship needs to adapt to the fact that the UK is relegating itself into the outer orbits of the European system of integration and cooperation, yet remains unable to break free from the centre’s gravitational pull. Crucially, the UK has become an object of EU external action, rather than a subject that can manipulate the levers from the inside. This change is also of particular significance for the scholarship of EU external relations. Highlighting, organising, and explaining the changes that Brexit causes for the field and with a view to charting its way forward, this article argues that the UK’s withdrawal will contribute to the further normalisation of EU external relations law as a field of scholarship. Following a brief explanation of why EU external relations law is a doubly peculiar area of scholarship and an overview of the origins and development of EU external relations law as a field, the article elaborates on three main consequences of Brexit for EU external relations law research and explains how each contributes to normalisation: disposing of the most ‘awkward member’, boosting reforms for greater effectiveness, and infusing a sense of geopolitical realism.

This is an open access article distributed under the terms of the Creative Commons Attribution License (CC BY) 4.0 https://creativecommons.org/licenses/by/4.0/, which permits unrestricted use, distribution and reproduction in any medium, provided the original author and source are credited • DOI: https://doi.org/10.14324/111.444.ewlj.2020.21.

Europe and the World: A law review
Volume 4, Issue 1