Pictorial meaning-making in a community project in Helsinki. Freirean interpretations of a dialogical process 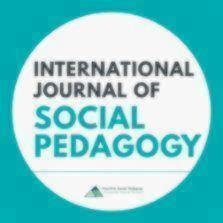 Participation in public discourse belongs to a democratic citizenship. However, part of the population is excluded from such communal discussion. This paper describes how the photography group Camera Obs., which principally contained unemployed people in Helsinki, created pictorial voices from their own everyday experiences through a dialogical process, rendering them also visible to other people. The research focuses on the group’s activity during the years 2004–6, from the beginning of the project to its first exhibition. As a theoretical background, Paulo Freire’s ideas of dialogue and voice creation, combined with Vygotsky’s and Mezirow’s concept of meaning-making, have been applied. The research is conducted through a participatory action research approach. The material consists of observations, interviews and photos taken by the participants. In describing the advance of the meaning-making, the method of narrative change accounting is used. The paper concludes that the group, through reflective dialogue, created a pictorial voice about the lives and situations of its members. The photo exhibition of Camera Obs. conveyed a powerful message about loneliness and isolation, which reached the spectators of the exhibition. To the participants of the group, the successful work in communal photography, as well as the reciprocity with the audience and the publicity that ensued, gave them the experience and courage to engage in this civic activity.

What is to be done? The place of action research