The Greatest Need: The Creative Life and Troubled Times of Lily Tobias, a Welsh Jew in Palestine , Jasmine Donahaye 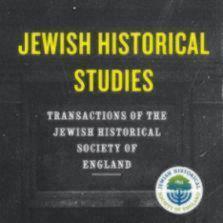 When the Welsh-born Jewish novelist and playwright Lily Tobias passed away in 1984 at the age of ninety-six, “her work had been forgotten . . . out of print for decades . . . long since disappeared from view” (p. 275). Three decades later, the situation remained much the same until Jasmine Donahaye, then a doctoral student researching Welsh Jewish Literature at Swansea University, read a copy of Tobias’s book of short stories, The Nationalists and Other Goluth Studies (1921) – featuring an “embossed emblem of a Welsh Dragon and Jewish Star of David” (p. 280) on its cover – at the National Library of Wales in Aberystwyth. That was in 2002. Over the course of the following decade, Donahaye’s discovery led to the publication of several academic articles, book chapters, and a book, all of which placed Tobias’s work in the wider context of Welsh Jewish literature and Jewish/non-Jewish relations in Wales. While such publications have certainly revived an interest in Tobias’s work, until the publication of The Greatest Need in 2015, we knew little about her own life and how her personal experiences, encounters, and upbringing shaped her journey as a writer.

As a writer, pacifist, socialist, suffragist, and Zionist, Lily Tobias (née Shepherd) had many strings to her bow. Born in 1887 to Russian-Jewish parents in south Wales, she grew up in the small mining village of Ystalyfera, where her father owned a decorative business selling ­paint, paper, and glass. Her upbringing in a religious and pro-Zionist Jewish household within this tightly knit, Welsh-speaking, chapel-going, working-class community, at a time of considerable political, economic, and social unrest, was to provide an inspiration for her literary work. The subject matter of her second novel, Eunice Fleet (1933), for instance, drew on her own experiences from the First World War of assisting conscientious objectors (her brothers were also COs), while the focus of her first novel, My Mother’s House (1931), were the shared assimilationist pressures faced by both the Welsh and Jews in Britain to become more “English”. Comparing Welsh and Jewish experiences, as well as their respective nationalist and political aspirations, became the focal point of her short stories in The Nationalists, while her final novel, The Samaritan: An Anglo-Palestinian Novel (1939), a sequel to My Mother’s House, follows her protagonists’ journey from Wales to Eretz Israel, which Tobias herself undertook in 1936 when she relocated to Haifa with her husband Philip.

Given this unique perspective and literary angle, one cannot help but wonder why Lily Tobias’s work was forgotten, remaining largely overlooked and undiscovered until the early twenty-first century. Donahaye suggests that the reasons for this were multifaceted and intertwined, stretching from the fact that Tobias was a female writer (her work being overshadowed by the hegemony of traditional gender hierarchies) to that of her being based in the Middle East from the mid-1930s onwards, away from “the literary world of England or of Wales” and hence “not valued” in Britain (p. 275). Her presence in the Yishuv would also work to her literary disadvantage since she was unable to master “Hebrew . . . the dominant language”, and thus became “eclipsed and forgotten” (p. 276). While these factors most certainly played a part, there is also the matter of numbers from a British Jewish (or, in common parlance, “Anglo-Jewish”) perspective. With a population that peaked at no more than approximately 5,000 people in the wake of the First World War, the smallness of Welsh Jewry (relative to its significantly larger Anglo-Jewish neighbour in England, which numbered six figures) made the cultural activities and outputs of Welsh Jews, as well as the subject matter of Welsh Jewry and Jewish/non-Jewish relations in Wales, appear insignificant, irrelevant, and primitive to scholars and critics who clearly distinguished between the centre and periphery, and identified London Jewry as the principal or even only driving force behind British Jewish cultural output (much as, within this scheme, British Jewry inhabits a peripheral position in relation to Israel as the centre of Jewish culture). Thanks to publications such as The Greatest Need we can now gradually appreciate the British Jewish literary and cultural landscape for all its complexity and diversity.

A particularly valuable aspect of this biography is how it skilfully shows, if unintentionally, the blurring and fluidity of the Jewish periphery and centre. The history and activities of the former are interlinked with those of the latter and they should not be treated as separate, isolated entities. Indeed, despite growing up with a handful of Jews in a small mining village in south Wales, Tobias was no stranger to the Jewish “centre”. Married to Philip Valentine Tobias, whose family had founded the London-based Jewish Chronicle, her links with the British Jewish establishment were plentiful, and her play adaptation of George Eliot’s novel Daniel Deronda was performed both in London and Israel. Her contribution to the Jewish “centre” continued in Mandate Palestine and Israel, where she wrote a number of pieces for leading Zionist publications, including the Palestine and Middle East where her 1948 article “Village Festival in the Emek” appeared alongside texts by David Ben-Gurion, Chaim Weizmann, and Moshe Shertok, “the leaders of the Jewish government-in-waiting” (p. 242). When she was ninety-three, Haifa made her an honorary citizen, marking “the culmination of forty-five years of commitment to the development of the city, both as a generous patron of the arts and of education, and as a host to artists, writers, dancers, musicians and dignitaries” (p. 262).

Donahaye’s Greatest Need certainly places Lily Tobias centre stage, but the discussion of her relationship and correspondence with her more famous nephew, the lawyer and Welsh Labour MP, Leo Abse (1917–2008), in chapter 10, “Murder and its Aftermath” (the murder in question is the stoning and stabbing of her husband Philip in Haifa in 1938), is especially noteworthy and eye-opening. For instance, it is fascinating to imagine how different both the course of Welsh politics and social reform in Britain would have been in the latter half of the twentieth century had Abse taken up his aunt’s offer of moving to Haifa after the Second World War to run the family’s glass-manufacturing business. Donahaye hints that Lily would have disapproved of Leo’s part in the “No” campaign in the run-up to the Welsh devolution referendum of 1979. In doing so Abse “helped foster harsh and long-lasting divisions and hostilities in Wales” (p. 220). Given that Tobias’s portrayal of Welsh nationalists in her novels was often sympathetic (certainly more so than her portrayal of those who rejected their Welshness), this assumption appears justified.

With only a small number of published biographies in existence on the lives of both Welsh women and Welsh Jews, Jasmine Donahaye has performed a useful service in writing the very first book-length biography dedicated to a Jewish woman from Wales. Despite the odd error that has crept in (Swansea’s Jewish community, while the oldest in Wales, was not “the UK’s oldest Jewish community outside London” [p. 9], given that synagogues existed in both Plymouth and Exeter before Swansea Jewry was formally established in 1768), the biography is an extremely valuable addition to the growing number of published works on both Welsh Jewish and Welsh women’s history, as well as modern Jewish studies more generally. Although there is a paucity of references in the work – Donahaye states that she did not want “to write a comprehensive text weighed down with footnotes and historical sources” (p. v) – the book will be of interest and use to both the academic and general reader.

© 2017, The Author(s). This is an Open Access article distributed under the terms of the Creative Commons Attribution License (CC-BY) 4.0 https://creativecommons.org/licenses/by/4.0/, which permits unrestricted use, distribution, and reproduction in any medium, provided the original author and source are credited.