Review: Thou Art the Man: The Masculinity of David in the Christian and Jewish Middle Ages, by Ruth Mazo Karras 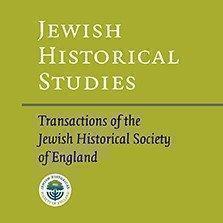 Well, I heard there was a secret chord,

That David played to please the Lord,

But you don’t really care for music, do you?

Ruth Mazo Karras opens Thou Art the Man: The Masculinity of David in the Christian and Jewish Middle Ages by noting that “[t]he soundtrack for this book is Leonard Cohen’s ‘Hallelujah’” and encourages the reader to “[g]o listen to it!” (p. xi). The song is a particularly useful starting point in approaching this study and, indeed, the opening verse quoted here, gets closer to the medieval understanding of David (who is often depicted with a harp: see Ch. 4) than many modern representations. Yet, as with Cohen’s song, the story of David, as told in the Middle Ages, is full of hidden meanings which must be teased out through careful reading and broader contextualization. Equally, just as Cohen’s song has been much repeated over the decades through a myriad covers, some of which differ markedly from the original, so too there were many versions of the story of David, which placed the emphasis on different aspects of the narrative according to religious, geographical, chronological, and linguistic traditions.

Thou Art the Man is not a study of the history, or reception, of David in the Middle Ages. Instead, he is used as an entry point to think about how contemporaries understood masculinity, and how that was shaped by David’s story. Here the discrepancies in the narrative become less important because “David was not performing anything in the Middle Ages. He was a literary figure, not an agent. Rather, it was those who made use of him who were the agents” (p. 3). Karras draws out five key themes each of which was central to masculinities in the medieval period as seen through the lens of David: “physical prowess and success in warfare”; “male friendship”; “sexual relations with women”; “creativity”; and his role as “ancestor, founder of a dynasty”. Each of these themes is central to one of the five chapters of the book.

The most overt demonstration of masculinity comes from David’s struggle with Goliath and the later military success of his kingdom (Ch. 1). Here, the relevance of the story differed markedly for Jews and Christians. For Jews, who did not have an army or land to defend (much less expand), the story was an important historical reminder of God’s grace and their position as the Chosen People, with his piety being emphasized in the second part of the chapter. In Christian society, David’s militaristic attributes were more relevant to the present. Here too, however, the role of divine support is just as important, even if piety manifests itself in different ways. David’s sexual exploits, explored in Chapter 3, in contrast, presented more difficulties for Christian commentators, particularly following the growing significance of personal penance from the thirteenth century. Unsurprisingly, David’s role as a penitent rose to the fore in retellings of the story, with an increasing emphasis on Bathsheba’s role as seductress, rather than David’s relationship with her and his role in the death of Uriah (her husband). Conversely, it is precisely that latter point which is emphasized in the Jewish tradition. Through a feature of the Jewish legal tradition, it could be argued that David’s liaison was not a sin, so it was Uriah’s disobedience which needed to be punished. If David’s sexual relationships could sometimes present problems for medieval audiences, the results of those encounters were more welcome through his role in founding a dynasty and perpetuating the house of David, as is explored in Chapter 5.

While military and sexual prowess are often associated with the study of masculinity, two traits which receive less attention are friendships with other men and creativity, the focus of Chapters 2 and 4 respectively. Chapter 2 takes as its starting point the complex relationship between David and Jonathan, which is aptly described as a “bromance” (p. 64) and a “buddy story par excellence” (p. 68). Whether or not there were sexual overtones to the relationship between the pair is discussed at length. Equally, in the Middle Ages, friendship could be just as ritualized and legally binding as marriage (p. 84). Moreover, unlike marriages which, at the upper levels of society at least, were often arranged, the bond between men could be much stronger. The focus of Chapter 4 is creativity, particularly through music and dance. As is demonstrated, this is how contemporaries were most likely to encounter David (p. 136). Through his perceived authorship of the psalms, and prominence in the liturgy, he was virtually omnipresent in medieval society. Yet, this strand of masculinity is also difficult to account for because the form of creativity which is exhibited by David also includes feminine attributes. As Karras concludes, however, the attributes can be feminine without being feminizing, owing to its role in prayer and, as such, interaction with God.

Thou Art the Man is an impressive feat of scholarship for many reasons. Not the least of these is the broad range of the study. With enviable dexterity, Karras weaves together material drawn from Jewish and Christian traditions (and to a lesser extent even from the Islamic world), from a wide geographical area (spanning Byzantium to Icelandic sagas), and a large chronological period. This is to say nothing of the various languages from which material is drawn, which include Hebrew and Latin as well as vernaculars. Nor are all the sources written ones. Indeed, one of the great strengths of this study is the seamless way in which images are drawn on to reinforce conclusions which are derived from the textual sources, or to clarify points of ambiguity. They are also used to highlight changing perceptions over time, as with the position of Bathsheba in relation to David (Ch. 3). Unfortunately, the books of the Bible which include David’s story are not relevant to the great works of Jewish illuminated volumes, such as haggadot, so most of the images come from Christian volumes, except for a delightful image of David and Golliath in a Hebrew manuscript (p. 38). Even as monochrome reproductions, the twenty-five images which are included in the book are of such exquisite quality as to give a real sense of their original beauty. Helpfully, the references are used to indicate where some of the manuscripts have been digitized, which allows the reader to access facsimiles which show the original colours, if the reader is so inclined to look. As has been a consistent feature of Karras’s work, Thou Art the Man represents an important, and timely, intervention which both challenges modern paradigms and reveals contemporaries and how they viewed themselves.

This is an Open Access article distributed under the terms of the Creative Commons Attribution License (CC BY) 4.0 https://creativecommons.org/licenses/by/4.0/, which permits unrestricted use, distribution, and reproduction in any medium, provided the original author and source are credited.