Beyond the Mosaic: Justin Trudeau and the Postnational Chimera 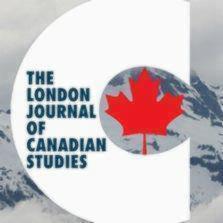 In December 2015, Prime Minister Trudeau claimed in The New York Times Magazine that Canada was ‘the first postnational state’, adding that there was ‘no core identity, no mainstream in Canada’. What does this notion of ‘postnationalism’ exactly encompass? And why did Justin Trudeau choose to use it instead of the more traditional term ‘multiculturalism’?

This article contends that the notion of postnationalism is a rhetorical fallacy that conceals the rich distinctiveness of the Canadian identity, while denying the multiple and fierce claims for sovereignty that are observable nationwide. Beyond the merely anecdotal character of Trudeau’s assertion, this postnational claim should be contextualized within a rich field of enquiry concerned with transnational social relations, and the impact that these new cultural practices and social relationships have on forms of belonging and governance. This article argues that ‘postnational’ does not seem to be the right terminology to designate Canada’s contemporary ethnic, linguistic, religious and cultural diversity. Beyond the dated mosaic label, and the chimeric postnational one, the inclusive terms ‘plurinationalism’, which continues to emphasize diversity along the vector of the nation, and ‘multiversality’, which underscore the diversity of vectors of difference, would arguably constitute more pertinent descriptions takes.

Shifting borders and sinking ships: What (and who) is transnationalism “good” for?