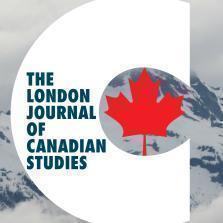 This article examines the individuals who came to London in order to lobby the imperial authorities in favour of the expansion of French-Canadian rights from the 1763 Treaty of Paris to the 1840 Act of Union and who were delegated by a significant body or institution within French Canada. Early efforts were centred on the expansion of religious rights and the perpetuation of Quebec’s legal and social institutions, including French civil law and the seigneurial system. Religious affairs remained an important facet of French-Canadian lobbying throughout the British regime, though the issue of political reform, which came to the fore in the 1780s, soon came to dominate lobbying efforts. These efforts were predicated on ideas of loyalty, as delegates sought to negotiate a place within the British Empire for French Canada. They lobbied London to allow French Canadians to fully participate in civic life within the framework of British political institutions while also allowing Quebec to retain its particular religious and social institutions. Delegates experienced some success, especially when they enjoyed the support of the colonial authorities at Quebec, but often failed to achieve their goals because they ran counter to British policy or because their English-speaking opponents had greater access to Whitehall.

Britishness and Otherness: An Argument

Linda Colley (1992)
There is no more effective way of bonding together the disparate sections of restless peoples than to unite them against outsiders. [E. J. Hobsbawm, Nations and Nationalism since 1780 (Cambridge, 1990), p. 91] Britain is an invented nation, not so much older than the United States. [Peter Scott, Knowledge and Nation (Edinburgh, 1990), p. 168] The morning of Saturday, September 14, 1793, was bitterly cold, and George Macartney, Viscount Macartney of Dervock in the county of Antrim, had been up since four o'clock, making final preparations for his audience with the emperor of China at his summer palace at Jehol, just north of the Great Wall. He stood waiting in the large, silken tent for over an hour before Ch'ien-lung eventually arrived, “seated in an open palanquin, carried by sixteen bearers, attended by numbers of officers bearing flags, standards, and umbrellas.” To the fury of the watching Chinese courtiers who had wanted him to execute the full kowtow (three separate kneelings and nine knockings of the head on the floor), Macartney went down on one knee only and presented the emperor with a letter from George III in a gold casket covered with diamonds. He followed this with other gifts—pottery, the best that Josiah Wedgwood's factory in Staffordshire could produce, a diving bell patented by the Anglo-Scottish engineer John Smeaton, sword blades from Birmingham, an orrery, a telescope, and some clocks.

The Crown, Empire Loyalism and the Assimilation of Non-British White Subjects in the British World: An Argument against “Ethnic Determinism”