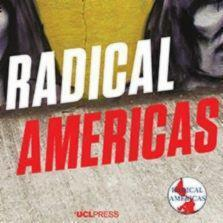 The means by which the United States sought to identify radicals and radicalism in the inter-war years has been largely hidden by a scholarship that has, instead, chosen to focus on processes of Americanization. By analysing hitherto hidden and underused archival sources, this essay examines the ways in which the American Legion positioned itself to become the single most important lobbying force in the identification of inter-war radicalism in the USA, used its considerable resources to sustain a vigorous programme to identify radicalism which served its own organizational interests, and, therefore, had a significant and meaningful impact on debates over radicalism and Americanism at local, state and national levels. The Legion reacted to a changing climate which saw radicalism identified first as an external, immigrant-led threat in the early 1920s, and then as an internal, home-grown menace as the 1930s drew on. That saw the organization grapple with questions including the innate intelligence of immigrants, as debates raged over whether radicals were lured unwittingly into that radicalism or chose radicalism because of a fiendish acumen. Throughout the period, the Legion’s view of radicalism was deeply subjective, but was disseminated – and all too regularly accepted – with a polished veneer of objectivity that belied the often vituperative national debates that surrounded ideas of radicalism.

This work is licensed under a Creative Commons Attribution-NonCommercial-ShareAlike 4.0 Unported License. To view a copy of this license, visit http://creativecommons.org/licenses/by/4.0/