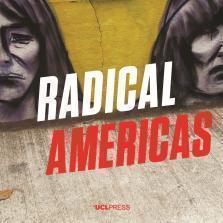 Review of Blood in The Water. The Attica Prison Uprising of 1971 and Its Legacy by Heather Ann Thompson.

In 1975, when Sonny (Al Pacino) chanted ‘Attica! Attica! Attica!’ in Dog Day Afternoon, the name of the correctional facility of the New York state was strongly resonating with prisoner rights struggle and state violence. The US most famous prison uprising is now largely forgotten despite the numerous documentaries and testimonies it has inspired and an authoritative book was still awaited.1 It comes with the publishing of Blood in the Water by the historian Heather Ann Thompson that coincides with Attica uprising 45th anniversary.

Based on an extensive research of over a decade through oral histories, letters, newspaper articles, memoirs and archives, Blood in the Water chronologically encompass the uprising, the prison retaking and its aftermath. It begins with a description of the life conditions in the prison in 1971 that demonstrates the uprising was far from unpredictable. Attica’s 2243 prisoners were overwhelmingly young, urban, under-educated, and African American or Puerto Rican and facing rampant racial discrimination by prison administration. Besides, in Attica as in other prisons all over the US, the prisoners were gaining political awareness and, in the wake of the murder of George Jackson in San Quentin prison (California) in August 1971, New York state’s prisons were increasingly agitated by prisoners’ protests.

Heather Ann Thompson narrates exhaustively how, on 9 September 1971, nearly 1300 prisoners took over the prison. She describes the violence that erupted with the hostage taking of around forty correctional officers, besides the ‘feeling of unexpected joy [of] men who hadn’t felt the fresh air of night for years’ (p. 88). She also recounts how the ‘Attica Brothers’, among which were affiliates of organizations such as the Black Panther Party and the Young Lords Party, get organized (for security, medical aid, etc.) and conducted negotiations around a list of demands, including ending ‘slave labor’, ‘censorship’ and ‘segregation or punishment’.

On 13 September, troopers (who had removed their identification emblems) entered the prison. The brutality of the retaking (128 men were shot and 33 prisoners and 10 hostages were killed) is mostly attributable to the troopers who killed 30 prisoners and 9 hostages. Among the notable victims was Samuel Melville, infamously coined as the ‘Mad Bomber’, a radical anti-imperialist activist2. The brutal retaliations that followed the retaking lasted for weeks and were fueled by racism. Prisoners harmed during the retaking were not given proper medical aid, neither legal counsel. Furthermore, families of the victims have not been informed in a timely manner and did not receive appropriate support.

Blood in the Water takes in the judicial procedures that followed Attica’s retaking. The state of New York indicted 62 prisoners with more than 1000 criminal charges by relying on faulty and compromised evidence. But the massive prisoner defense effort, organized through the Attica Brothers Legal Defense and a bunch of prisoner rights attorneys was able to ‘put the state on trial’ and to have most of the indictments to be dismissed. The book also details the long fight for justice of inmates, hostages who had survived Attica and the family members of the hostages who had not. Heather Ann Thompson recounts how an $8 million settlement was reached in 2000 for prisoners and a $12 million one with the Forgotten Victims of Attica (for the ex-hostages and their relatives). But the author underlines that no one has ever been held accountable for the killings. No law enforcement member has been convicted despite the amount of evidence against them and the state of New York has never apologized to prisoners and hostages and had not admitted wrongdoing.

The final section of Blood in the Water is devoted to Attica’s legacy3, described by the author as ‘deeply contested’ (p. 558). In one hand, Attica has energized prisoner rights activism and inspired the founding of several prisoner rights organizations. Furthermore, most of the practical proposals the Attica Brothers had fought for were implemented at state and federal levels in the years that followed the uprising. On the other hand, Attica is a milestone in the rise of mass incarceration in the USA, although the War on Crime had formally begun six years earlier. Attica actually helped to fuel ‘a historically unprecedented backlash against all efforts to humanize prison conditions in America’ (p. 561) and the figure of activist prisoners has since then been used to justify segregation units and supermax prisons.

Blood in the Water definitely sheds new light on the uprising. Actually, the author found documents from inside the official Attica Investigation which existence was denied for years. The information she uncovers includes the names of the troopers and correctional officers whom the state had against for deaths or injury, but who have been protected for the 45 years. Heather Ann Thompson reveals how ‘the most important details of [Attica’s] story have been deliberately kept from the public’ (p. XIII). She indeed reveals how the Rockefeller administration and the New York State Police have knowingly lied by attributing injuries and deaths to the prisoners and have explicitly thwarted the investigation.

Blood in the Water is a long and exhaustive book, but still a page turner. In a very balanced way, Heather Ann Thompson shows that the prisoners and correctional officers had both been sacrificed by the state. In the age of mass incarceration, it is an effective reminder of the extensive harm induced by the prison system. An Attica Brothers’ slogan says it better: ‘Attica is all of us’.

This is an open access article distributed under the terms of the Creative Commons Attribution License (CC BY) 4.0 https://creativecommons.org/licenses/by/4.0/, which permits unrestricted use, distribution and reproduction in any medium, provided the original author and source are credited • DOI: https://doi.org/10.14324/111.444.ra.2018.v3.1.006.

Product Information: Heather Ann ThompsonBlood in The Water. The Attica Prison Uprising of 1971 and Its LegacyPantheon BooksNY2016724p $35
Self URI (journal page): https://www.ucl.ac.uk/ucl-press/browse-books/the-radical-americas-journal