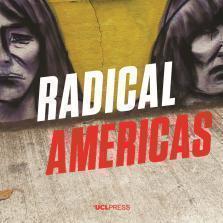 In October 2020, Chilean voters resoundingly elected to abandon the constitution left behind by the Pinochet dictatorship. A new charter will be written by a fully elected, gender-balanced, constitutional convention. Given that Chilean political leaders have floated the idea of jettisoning the 1980 constitution for the last 35 years, what accounts for their decisive step at this point? Summarising and reflecting on the contributions to this special issue, I argue that the October 2020 vote was, in a sense, the result of decades of popular resistance, nurtured and informed by rich and tragic historical memories and experiences. The October result demonstrated an understanding of how to mobilise and energise a huge and diverse base of popular support as well a keen awareness of how to prepare for the violence that inevitably was launched against it.

Collective trauma, feminism and the threads of popular power: A personal and political account of Chile’s 2019 social awakening

Romina A. Green Rioja (2021)
Chile’s 2019 uprising marked a moment of social awakening for many Chileans, recasting historical memory tropes and shattering the fear of collective action internalised during the years of dictatorial rule (1973–90). This article explores the political legacies of the Popular Unity period (1970–3) made apparent during the 2019 uprising and the popular movement that emerged in its wake. It also centres on the Chilean feminist movement, its historic role as a political force in Chilean politics and how a new feminist discourse became the necessary preamble to Chile’s 2019 social awakening. Lastly, this study describes the sprouting of a neighbourhood assembly movement within days after the 18 October 2019 uprising, its role in rearticulating politics from below and its alignment with the feminist movement, culminating in mass participation in the 8 March 2020 feminist strike. This article places personal and familial accounts in conversation with scholarly works, utilising the 2019 uprising as a lens to revisit the historical past within the onward moving historical present.

This is an open-access article distributed under the terms of the Creative Commons Attribution License (CC BY) 4.0 https://creativecommons.org/licenses/by/4.0/, which permits unrestricted use, distribution and reproduction in any medium, provided the original author and source are credited • DOI: https://doi.org/10.14324/111.444.ra.2021.v6.1.010.