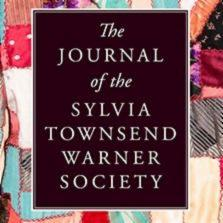 ‘But none cared deeply in the morning crowd, / Who walked like hypocrites, with bare head bowed.’ These are the closing lines of one of Nancy Cunard’s first published poems, ‘Soldiers Fallen in Battle’, which appeared in The Eton College Chronicle. Written in 1915 when she was 19, the sonnet illustrates her tendency to turn to poetry as a way to mitigate and express her powerlessness and anger in the face of human tragedy. Cunard’s literary career was varied and prolific: she was a poet, a biographer, a journalist, an editor and a publisher. She was also a tireless activist for social justice, campaigning against racial discrimination and denouncing the rise of Fascism in Europe. Her involvement in radical politics and her reputation as a rebellious heiress inspired sensationalist stories by the tabloid press and made her an object of fascination for her contemporaries. Cunard had a short but distinguished career as a publisher, founding the Hours Press from her house in Normandy in 1928. The Hours Press published A Draft of XXX Cantos by Ezra Pound, collections by Laura Riding and Robert Graves, and Samuel Beckett’s first book, Whoroscope. She is now best remembered as the editor of Negro: An Anthology (1934), a collection of literature and essays on black literature and culture, monumental in both scope and size, including seminal work by Langston Hughes, Zora Neale Hurston, Claude McKay and Nicolas Guillén.

Cunard wrote poetry throughout her life, publishing several collections of poems and smaller privately printed pamphlets, as well as contributions to anthologies and to different periodicals including Left Review and the New Statesman and Nation. Sandeep Parmar’s edition of Cunard’s Selected Poems is the most important effort to date to collect Cunard’s poetry. The volume contains her published collections Outlaws (1921) and Sublunary (1923), as well as the Eliot-inspired long poem Parallax, published by Virginia Woolf’s Hogarth Press in 1925. It also includes poems published in national and international periodicals and a selection of unpublished works from her archive at the Harry Ransom Center in Austin. A previous collection of Cunard’s poems edited by John Lucas in 2005 reproduced the poems of a typescript containing the works that Cunard had selected for an intended collection at the request of Edward Thompson in 1943.1 All of these are reprinted in the Selected Poems. Parmar has chosen to omit others due to ethical concerns. She argues for the exclusion of the poems Cunard wrote when she was committed to Holloway Sanatorium for several months in 1960 after a mental breakdown connected, according to Cunard’s biographer Lois Gordon, to her alcoholism.2 However, she offers here no explanation for the absence of Cunard’s collection of poems on the subject of the Spanish Republican exiles, Nous gens d’Espagne, privately printed in Perpignan in 1949, although the book is mentioned in the introduction.

Cunard developed an interest in African aesthetics through her friends in Parisian Surrealist circles in the 1920s. It was manifested outwardly in the stacked African ivory bracelets in which Man Ray famously photographed her. Meeting the African-American jazz musician Henry Crowder, with whom she started a romantic relationship, made her acutely aware of the pervasiveness of racism and of the legal and social discrimination against black people in Europe and the Americas. From the late 1920s onwards her poetry became increasingly political. Combating social injustice became a lifelong purpose, beginning with her efforts to raise awareness and funds for the Scottsboro Boys defence campaign. Parmar’s excellent introduction provides a helpful critical framework for understanding Cunard’s poems on black subjects and aesthetics, and more generally her role as editor of Negro and as an advocate for civil rights. Despite her idealism and her work towards the diffusion and recognition of black literature, Cunard’s self-identification with the people of the African diaspora and particularly the adoption of a black voice in some of her poems inevitably pose challenges for a contemporary reader. Acknowledging these problems, Parmar reads Cunard’s work sympathetically, exploring Cunard’s ‘willingness to mimic the rootlessness and alienation of historically displaced people’ as a ‘document of modernity’.3

Nancy Cunard first met Sylvia Townsend Warner and Valentine Ackland during the Second World War, and the three women began a close friendship. Cunard visited Warner and Ackland in Dorset several times, a striking presence in her ivory jewellery and often bringing with her an assortment of the small antiques she collected. Warner recalls in her diaries how they kept Cunard’s collection of African bracelets in their cupboard under the stairs for years while she was away.4 Throughout the 1940s, Warner and Cunard worked to provide help for the Spanish Republican refugees who had escaped from political repression by Franco’s government. Selected Poems includes Cunard’s work inspired by the Spanish Civil War and the Second World War, including the remarkable ‘Passport for Freedom’, a collection of poems titled after different countries (‘France’, ‘U.S.S.R.’, ‘Italy’, ‘Spain’, ‘Germany’, ‘England’), a multi-voiced interpretation of the developments of the war. ‘France’, dedicated to Cunard’s former partner and collaborator Louis Aragon, presents a bleak description of the country under Nazi occupation, describing it as pregnant with hate:

Hate enters the zero hour; good. This womb shall bear life again. Who is hate? She has made him her only lover, Single in purpose as a magic; as luminous, as multiple as star-dust.

Hate like a little familiar animal has the freedom of the house, The freedom of road and city. There is hate in a sou, Hate in a crumb, in the grinding of tram-wheels, In the vin du bistro […]5

Cunard composed this poem in England, having been forced to leave her house in Réanville and the country that had been her home for two decades, marking the beginning of several years of nomadic existence. Visiting Spain in the years of the Civil War had a profound impact on both Warner and Cunard, but for the latter it became an obsession, and there are persistent echoes of the conflict in her poetry even decades afterwards. For instance, a 1961 poem dedicated to Valentine Ackland, given to her together with a glass stopper Cunard had found on the coast at Collioure – from where she had reported on the Spanish refugee camps in 1939 for the Manchester Guardian – brings back memories of the suffering she had witnessed:

How old is this glass stopper, turned Into that something ripe and strange By wave and sand in their sea-change, Their velvet wash upon Collioure, While time crept on five hundred years, Or flamed in one decade of wars (My own scored there by Spanish tears)?6

Unlike many of her contemporaries who had turned to political poetry during the 1930s, Cunard continued her political activism in her work after the end of the Second World War. Her later poems often look back nostalgically at her involvement in anti-Fascist activism, sometimes naming the friends she had worked with on both sides of the Atlantic. As Warner noted in her diary on hearing of her death in 1965, Cunard was ‘a harsh breath of life, an embodied Resistance’.7 This important collection showcases the formal and thematic diversity of Cunard’s work, and illuminates an extraordinary body of work which passionately documents the crucial episodes of the twentieth century.

Mercedes Aguirre is Lead Curator of the Americas Collections at the British Library. She completed her doctoral dissertation at University College London on the Spanish Civil War in English Literature. Her latest article, on Nancy Cunard’s Hours Press is forthcoming in Publishing Modernist Fiction and Poetry, ed. by Lise Jaillant (Edinburgh University Press).

Mercedes Aguirre is Lead Curator of the Americas Collections at the British Library. She completed her doctoral dissertation at University College London on the Spanish Civil War in English Literature. Her latest article, on Nancy Cunard’s Hours Press is forthcoming in Publishing Modernist Fiction and Poetry, ed. by Lise Jaillant (Edinburgh University Press).

Maud Ellmann is the Randy L. and Melvin R. Berlin Chair of the Development of the Novel in English at the University of Chicago; she has previously held senior appointments at the universities of Cambridge and Notre Dame. She has written widely on modernism, psychoanalysis and literary theory; her most recent book is The Nets of Modernism: James, Woolf, Joyce, and Freud (Cambridge University Press, 2010). Currently she holds the M.H. Abrams Fellowship at the National Humanities Center in North Carolina, where she is working on a book on literature and psychoanalysis in Britain and France in the Second World War. Her research is generously supported by the Visiting Committee of the Humanities Division at the University of Chicago.

François Gallix is Emeritus Professor of twentieth-century British Literature at the Sorbonne where he has presented many contemporary British authors and published several books and articles about them. His research concentrates mainly on the works of Graham Greene.

Lynn Mutti spent a long working life as a professional librarian in universities, private companies and museums in the UK and Canada, and also as a freelance researcher. Although not a musician, she is passionate about classical music and some of the materials in the Warner Archive in the Dorset County Museum led her to research Warner’s early life as a musicologist. She is currently a PhD student at University College London, in the latter stages of a thesis that aims to tell us more about Warner’s life in music as composer and musicologist, and to explore how music informs her writing.

Roger Peers is the former Curator of the Dorset County Museum and between 1959 and 1992 the Secretary of the Dorset Natural History & Archaeological Society, of which Sylvia Townsend Warner was a strongly supportive member. During his time the museum was twice a prize-winner in the Museum of the Year Awards. He is a Fellow of the Society of Antiquaries of London and a Fellow of the Museums Society. He is a traveller, a dog-lover, a Dorset lover, fond of music up to 1850 and a collector of the work of Dorset artists.

Judith Stinton is a founder member of the Sylvia Townsend Warner Society and was the Newsletter editor for 14 years. She is the author of ten books, including Chaldon Herring: Writers in a Dorset Landscape (1988 and 2004). She is currently writing a book about the lives of the people along Chesil Beach.