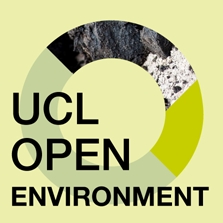 Purpose: The recent Ebola virus disease (EVD) epidemic was one of the most severe public health emergencies in modern times. The economic impact of epidemics has mostly been analysed at the macroeconomic level. Conversely, we aimed to estimate the economic costs of preventive measures of the epidemic to an extractive firm, ArcelorMittal (AM), using data in the epidemic region from March 2014 to December 2015. AM is the world’s largest steel producer and is particularly important in West Africa, where the extractive industry is economically crucial.

Methods: Qualitative methods, in-depth interviews (IDIs) and focus group discussions (FGDs), were used to investigate the events and channels of impact of the epidemic on the firm, as perceived by employees and contractors. Quantitative data regarding these costs were also collected. Retrospective cost analysis estimated the actual cost of preventive methods adopted.

Results: Most respondents indicated the largest cost impact was suspension of the Phase II expansion, a series of projects designed to increase iron ore production in Liberia. The next largest cost was the preventive measures adopted to counter disease spread. Total costs incurred for adopting preventive measures were USD 10.58–11.11 million. The overall direct costs of preventive measures adopted within the fence, meaning within the physical boundary of the firm’s sites, shared 30–31% of the total costs incurred. The share of external donations supporting humanitarian response was 11–12% of the total costs, followed by 7–12% of relational costs.

Conclusions: The firm’s response during the EVD epidemic focussed on its employees and operations, which was later expanded to the wider community and then in supporting the international humanitarian response.

Modelling the influence of human behaviour on the spread of infectious diseases: a review.

Marcel Salathé,  Vincent A. A. Jansen,  Sebastian Funk (2010)
Human behaviour plays an important role in the spread of infectious diseases, and understanding the influence of behaviour on the spread of diseases can be key to improving control efforts. While behavioural responses to the spread of a disease have often been reported anecdotally, there has been relatively little systematic investigation into how behavioural changes can affect disease dynamics. Mathematical models for the spread of infectious diseases are an important tool for investigating and quantifying such effects, not least because the spread of a disease among humans is not amenable to direct experimental study. Here, we review recent efforts to incorporate human behaviour into disease models, and propose that such models can be broadly classified according to the type and source of information which individuals are assumed to base their behaviour on, and according to the assumed effects of such behaviour. We highlight recent advances as well as gaps in our understanding of the interplay between infectious disease dynamics and human behaviour, and suggest what kind of data taking efforts would be helpful in filling these gaps.