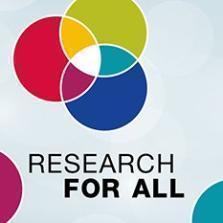 Science shows as a medium for communicating science are used widely across the UK, yet there is little literature about the long-term impact they may have. This longitudinal study looks at the short-term and long-term impact of the science show Music to Your Ears, which was initially performed throughout the UK on behalf of the Institute of Physics in 2002, and which has since been offered at schools and events through the enterprise Science Made Simple. The impact was measured using the immediate reaction to the show, the number (and type) of demonstrations (demos) recalled over the long term, and the applied use of any memories from the show. Quantitative and qualitative data were gathered using questionnaires immediately after the show and focus groups held two and a half years later. To enrich the data, and minimize bias, interviews with professional science presenters were also included in the data analysis. Data from the questionnaires were used to develop a framework of five demonstration categories to describe their essence, or main purpose. The categories used in this study were: curiosity (C), human (H), analogy (A), mechanics (M) and phenomena (P). It was found that even after two and a half years, almost 25 per cent of demos from the show could be recalled without prompting. When prompted with verbal and visual clues, over 50 per cent of the demos from the show could be recalled by the group tested. In addition, around 9 per cent of the demos were recalled and related to an alternative context to the show, suggesting that some cognitive processing may have happened with the most memorable elements of the show. The ‘curiosity’ type of demo was found to be the most memorable in both the short term and long term.

Promoting understanding of chemical representations: Students' use of a visualization tool in the classroom

States of curiosity modulate hippocampus-dependent learning via the dopaminergic circuit.

Matthias J. Gruber,  Bernard D. Gelman,  Charan Ranganath (2014)
People find it easier to learn about topics that interest them, but little is known about the mechanisms by which intrinsic motivational states affect learning. We used functional magnetic resonance imaging to investigate how curiosity (intrinsic motivation to learn) influences memory. In both immediate and one-day-delayed memory tests, participants showed improved memory for information that they were curious about and for incidental material learned during states of high curiosity. Functional magnetic resonance imaging results revealed that activity in the midbrain and the nucleus accumbens was enhanced during states of high curiosity. Importantly, individual variability in curiosity-driven memory benefits for incidental material was supported by anticipatory activity in the midbrain and hippocampus and by functional connectivity between these regions. These findings suggest a link between the mechanisms supporting extrinsic reward motivation and intrinsic curiosity and highlight the importance of stimulating curiosity to create more effective learning experiences.

The long‐term impact of interactive exhibits