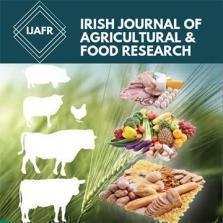 Shiv Kaundun (2014)
Resistance to acetyl-CoA carboxylase herbicides is documented in at least 43 grass weeds and is particularly problematic in Lolium, Alopecurus and Avena species. Genetic studies have shown that resistance generally evolves independently and can be conferred by target-site mutations at ACCase codon positions 1781, 1999, 2027, 2041, 2078, 2088 and 2096. The level of resistance depends on the herbicides, recommended field rates, weed species, plant growth stages, specific amino acid changes and the number of gene copies and mutant ACCase alleles. Non-target-site resistance, or in essence metabolic resistance, is prevalent, multigenic and favoured under low-dose selection. Metabolic resistance can be specific but also broad, affecting other modes of action. Some target-site and metabolic-resistant biotypes are characterised by a fitness penalty. However, the significance for resistance regression in the absence of ACCase herbicides is yet to be determined over a practical timeframe. More recently, a fitness benefit has been reported in some populations containing the I1781L mutation in terms of vegetative and reproductive outputs and delayed germination. Several DNA-based methods have been developed to detect known ACCase resistance mutations, unlike metabolic resistance, as the genes remain elusive to date. Therefore, confirmation of resistance is still carried out via whole-plant herbicide bioassays. A growing number of monocotyledonous crops have been engineered to resist ACCase herbicides, thus increasing the options for grass weed control. While the science of ACCase herbicide resistance has progressed significantly over the past 10 years, several avenues provided in the present review remain to be explored for a better understanding of resistance to this important mode of action.

High survival frequencies at low herbicide use rates in populations of Lolium rigidum result in rapid evolution of herbicide resistance.

Etienne Neve,  S Powles (2005)
The frequency of phenotypic resistance to herbicides in previously untreated weed populations and the herbicide dose applied to these populations are key determinants of the dynamics of selection for resistance. In total, 31 Lolium rigidum populations were collected from sites with no previous history of exposure to herbicides and where there was little probability of gene flow from adjacent resistant populations. The mean survival frequency across all 31 populations following two applications of commercial rates (375 g ha(-1)) of the acetyl-coenzyme A carboxylase (ACCase) inhibiting herbicide, diclofop-methyl was 0.43%. Survivors from five of these populations were grown to maturity and seed was collected. Dose-response experiments compared population level resistance to diclofop-methyl in these selected lines with their original parent populations. A single cycle of herbicide selection significantly increased resistance in all populations (LD(50) R:S ratios ranged from 2.8 to 23.2), confirming the inheritance and genetic basis of phenotypic resistance. In vitro assays of ACCase inhibition by diclofop acid indicated that resistance was due to a non-target-site mechanism. Following selection with diclofop-methyl, the five L. rigidum populations exhibited diverse patterns of cross-resistance to ACCase and ALS-inhibiting herbicides, suggesting that different genes or gene combinations were responsible for resistance. The relevance of these results to the management of herbicide resistance are discussed.