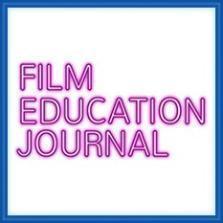 Taking issue with Bergala's dismissal of students' prior learning, disdain for popular culture and implicit preference for film education as a secondary school subject, this paper argues for the importance of studying children's earliest encounters with both films and television (summarized as 'movies'). The research described here was based on the hypothesis that a learning process must be under way in these encounters, enabling children to follow much of the multimodal complexity of mainstream feature films by the time they are 3 years old. A longitudinal, ethnographic study of the researcher's twin grandchildren between the ages of 22 and 31 months used video to capture phenomena such as focused attention, repeat viewing, emotional responses, utterances and gestures. Analysis, using embodied cognition as well as sociocultural approaches, revealed the extent to which 2-year-olds are starting to follow, enjoy and reflect upon movies well before they can understand the words in their songs and picture books. The findings have implications not only for film education with older students, but also for early years research, and for the production of movies aimed at this age group.