British values and British identity: Muddles, mixtures, and ways ahead 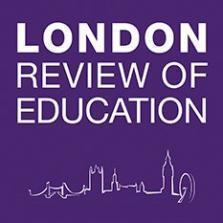 Author(s): Robin Richardson
Publication date Created: 18 September 2015
Journal: London Review of Education
Publisher: IOE Press
Keywords: BRITISH VALUES, COUNTERING EXTREMISM, RELIGIOUS LITERACY, EQUALITIES, MULTICULTURALISM, ISLAMOPHOBIA
Bookmark
In the final eleven months of its five-year term, the Coalition Government placed much emphasis in the education system on what it called fundamental British values (FBV). The phrase had its origins in counter-terrorism strategies that were of dubious validity both conceptually and operationally, and the trigger for its introduction into the education system (the so-called Trojan Horse letter in Birmingham) was a malicious forgery. Nevertheless the active promotion of FBV became a legal or quasi-legal requirement, was zealously inspected by Ofsted under instructions from the secretary of state, and was complemented and reinforced by new requirements under counter-terrorism and security legislation. Much damage appears to have been done already in schools and universities and more damage is likely. Much critical, corrective, and restorative work therefore needs now to be done. For restorative work to be effective a range of measures is needed: substantial discussion and clarification through dialogue; greater respect for the professional experience and insights of teachers and subject communities, particularly in the fields of citizenship education, history teaching, religious education, and spiritual, moral, social, and cultural (SMSC) development; greater trust and cooperation, both nationally and at local levels, between Muslim and nonMuslim organizations and communities; greater attention to Islamic values, wisdom, and pedagogy in the field of education; renewed emphasis on the role of Her Majesty's Inspectorate as a critical friend who identifies, commends, and promotes good practice; and much higher levels of due regard for the values enshrined in equalities legislation.