Theatrical performance as a public pedagogy of solidarity for intercultural learning 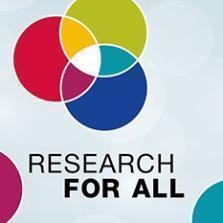 This article is a post-hoc reflective theorization of a public engagement event based on research into UK-based international students' experiences of learning English. The event was a work-in-progress theatrical performance called The Translator, devised and produced by theatre company Cap-a-Pie and associates, and staged on two nights in June 2017 in Leeds. Our aim was to create an active learning experience for the public about how they relate to 'otherness' and difference in communication, and how they think about their own responses to difficult communicative situations. Lou first outlines her understanding of intercultural learning (Harvey, 2016, following Bakhtin, 1981), her engagement with Gert Biesta's pedagogy in the interest of publicness, and Biesta's own dialogue with Hannah Arendt on freedom and plurality. We then present filmed rehearsal footage and a written description of some of the scenes from The Translator. This is followed by audience responses, which demonstrate the audience's discomfort arising from different aspects of misunderstanding in the performance and how this prompted them to consider their own 'otherness' and their responsibilities for successful communication. The subsequent discussion draws on Lou's recent thinking in critical human rights theory to demonstrate how The Translator functioned as a public pedagogy of solidarity, in which the audience reflected on our mutual responsibility to work to understand each other regardless of our cultural backgrounds and the languages we speak.

Volume 3, Issue 1
See all similar
See all cited by