The Chemical Society of Japan: Striving for Chemical Sciences and Technology for a Sustainable Human Society 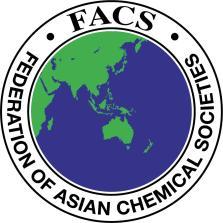 The Chemical Society of Japan (CSJ), with a long history extending over 140 years and membership of ca. 24,000, is one of the world’s largest, most active, and internationally recognized societies in chemistry. The history of CSJ dates back to 1878 (just ten years after the Meiji Restoration, where Japan was reborn), when about twenty motivated and enthusiastic young scholars launched a small organization, the Chemical Society, in Tokyo for the advancement of chemistry. In the following year, the embryonic society was renamed The Tokyo Chemical Society and eventually the current name, The Chemical Society of Japan, in 1921. In 1948, shortly after World War II, the then CSJ merged with the Society of Chemical Industry, founded in 1898, into an integrated organization with the same name: ”The Chemical Society of Japan”. The integration was in part symbolic in defining the renewed CSJ’s perspective: CSJ consists of comparable numbers of individual members from both academia and industry along with supporting company affiliates; its activities cover virtually all segments of pure and applied chemistry along with diverse interdisciplinary areas now extended to physics, biology, medicine, materials, and advanced technology. Since 2011 CSJ is a public interest incorporated association, a nonprofit tax-exempt organization legitimately certified and under the jurisdiction of the Japanese Cabinet.