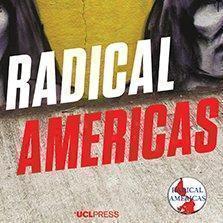 2020 will mark the 90th anniversary of the death of Latin America’s most celebrated Marxist intellectual, José Carlos Mariátegui. In anticipation of the occasion, and with special consideration for Mariátegui’s relevance in the current political conjuncture, this special issue is dedicated to one of the Peruvian’s central concerns: the complex dialectic between revolution and counterrevolution.

The ‘crisis of revolutionary politics’ is a defining feature of our current regime of historicity, where the idea of acting politically in order ‘to make history’ has been transposed into the specular realm of melancholy affect (Mariátegui’s primordial drama between ‘salvation’ and ‘debasement’). Our guiding hypothesis is framed by this larger theoretical framework and by the current scenario in the Latin American subcontinent, where a counterrevolution looks to impose a new historical regime apparently untethered by any clearly symmetrical revolutionary politics (synthesized in the ‘anti-communism-without-communism’ and anti-Venezuela hysteria common among the region’s right-wing forces).

Such a ‘preventive counterrevolution’, where the spectre of revolution enjoys an ironic afterlife, is also paradoxically an invitation retrace the genealogy of the idea of revolution: how it was constructed and how it can be deconstructed for different uses in the present.