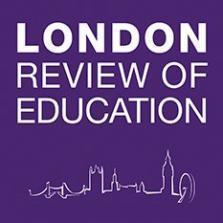 From the editorial: 'Anxieties about national identity and its strengthening and preservation are common in countries around the world, and it is entirely natural that this should be so in times of great change, challenge and uncertainty’ (Létourneau and Chapman, 2015). These anxieties set the context for many discussions about history education, identity and young people’s knowledge in nations around the world (Taylor and Guyver, 2011). They are often expressed in a persistent perception, common around the world, that young people are ignorant of their country’s past, a perception that is often based on very weak or impressionistic evidence (e.g. Ball, 2013) and that is often repeated, generation after generation (Wineburg, 2004). Scholars in a number of places around the world – including one of the editors of this special issue (Létourneau, 2014) and a research team at the UCL Institute of Education (Foster et al., 2008) – have set about posing positive questions about young people’s knowledge and understanding of the past. The work of James Wertsch has been both ground-breaking and influential in providing conceptual tools for many researchers in this field – in particular, through the concept of ‘schematic narrative templates’ (Wertsch, 2002; 2008: 141-4). Research on these issues has aimed to understand the ways in which young people do think about and know and understand history, and the ways in which they do structure and organize this knowledge and understanding and not simply to identify deficits in young people’s knowledge of isolated facts. These were the areas that we set out to explore through this special issue by focusing on the multiple sources of young people’s historical knowledge, on young people as active builders of historical sense, rather than passive assimilators of materials presented to them, and on the relationships between young people, schools, identity and national, intranational, international and supranational contexts around the world.

In search of historical consciousness: An investigation into young South Africans' knowledge and understanding of 'their' national histories - Kate Angier

Making narrative connections? Exploring how late teens relate their own lives to the historically significant past - Elizabeth Dawes Duraisingh

'I was born in the reign …': Historical orientation in Ugandan students' national narratives - Ulrik Holmberg

History as a 'GPS': On the uses of historical narrative for French Canadian students' life orientation and identity - Stéphane Lévesque

'We need to remember they died for us': How young people in New Zealand make meaning of war remembrance and commemoration of the First World War - Mark Sheehan and Martyn Davison

All articles
All posters