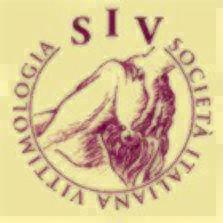 The Criminology, Victimology and Security Journal

The Criminology, Victimology and Security Journal reflects on criminality, its victims and problems linked to security.

The aim of The Criminology, Victimology and Security Journal is to reflect on crime, its victims and the problems linked to security which have become pressing issues in today's society. These issues do not only need to be studied based on certain factors, but they also require integrated solutions, avoiding any form of simplification or strict dichotomy.

Indeed, every era has sensed it was a transition towards something else, each one feeling the old creak under the pressure of an as-yet-undefined new traversed by various forms of vulnerability.

In fact, vulnerability could be a way of looking at it as it proposes solutions that are not clear-cut, including contradictions and trying out possible ways of seeking out security in an increasingly complex context.

As a result, these social transformations, which can generate new possibilities for life and development, but also abuse of power, injustice and violence, inevitably influence the preparation of those who have to deal with security and social control. Therefore, we think it highly topical from a scientific and cultural-political point of view, to provide a space where criminologists, victimologists, sociologists, psychologists, pedagogists, legal workers, social and legal science academics and security experts can compare notes in order to come up with strategies for operating in a complex and ambiguous social context, paying specific attention to the possibility of giving and giving back the ability to act to people whose lives are affected by grave situations that produce difficulty and at times desperation.

From this point of view, The Criminology, Victimology and Security Journal welcomes also articles on the theoretical aspects of victimology without neglecting the importance for those who are involved in helping victims in various ways of the ability to build relations and to look at reality in a critical and innovative way.