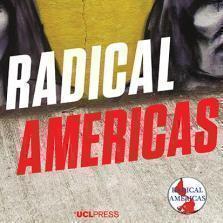 The last decade—from the 2008 financial crisis to the electoral bids of politicians like Bernie Sanders in the US and Jeremy Corbyn in the UK—has witnessed a resurgence of public interest and debate about democratic socialism in Europe, the United States, and beyond. Yet much of what we now associate with the term democratic socialism first emerged in Latin America. This special issue explores the idea and practice of democratic socialism as it was understood in Chile, which became the first country to pursue socialist transformation at the national level through democratic means during the government of Salvador Allende (1970-73).

In few places and at few moments have past democratic socialist horizons been more strikingly reanimated than in Chile when, in October 2019, high school students engaged in civil disobedience by jumping subway turnstiles to protest subway fare increases. The government of Sebastian Piñera responded by imposing a state of emergency and calling the military into the streets. In the weeks that followed, massive and sustained protests erupted across the country in what has been termed the estallido social. The slogan, “It’s not about 30 pesos, but about 30 years,” captured the simmering discontent with neoliberal policies imposed under dictatorship and the failure by political elites to dismantle Pinochet’s economic and political system in the three decades since the return of democracy. As they seek to envision alternatives to neoliberalism, students, indigenous groups, and feminist activists, among others, have reclaimed cultural images and political practices from Chile’s early short-lived socialist experiment.

Taking the 50th anniversary of Chile’s Popular Unity (UP) government (1970-73) and the country’s recent wave of social unrest as its two points of departure, this special issue of Radical Americas sets out to reassess the meaning of the democratic socialist experience of Salvador Allende. Through contributions from scholars based in the US, the UK, and Chile, it seeks, on the one hand, to explore the meanings, successes, and shortcomings of Chile’s 1000-day revolutionary experiment. And on the other hand, in the wake of the estallido social, the issue offers reflections from leading scholars on the lessons from past revolutionary experiences for contemporary social mobilizations against Chile’s neoliberal order.

Protest and the persistence of the past