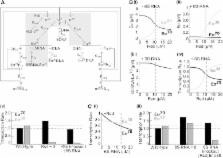 In Escherichia coli, the sigma factor σ 70 directs RNA polymerase to transcribe growth-related genes, while σ 38 directs transcription of stress response genes during stationary phase. Two molecules hypothesized to regulate RNA polymerase are the protein Rsd, which binds to σ 70, and the non-coding 6S RNA which binds to the RNA polymerase-σ 70 holoenzyme. Despite multiple studies, the functions of Rsd and 6S RNA remain controversial. Here we use RNA-Seq in five phases of growth to elucidate their function on a genome-wide scale. We show that Rsd and 6S RNA facilitate σ 38 activity throughout bacterial growth, while 6S RNA also regulates widely different genes depending upon growth phase. We discover novel interactions between 6S RNA and Rsd and show widespread expression changes in a strain lacking both regulators. Finally, we present a mathematical model of transcription which highlights the crosstalk between Rsd and 6S RNA as a crucial factor in controlling sigma factor competition and global gene expression.

Heng Li,  Richard Durbin (2009)
Motivation: The enormous amount of short reads generated by the new DNA sequencing technologies call for the development of fast and accurate read alignment programs. A first generation of hash table-based methods has been developed, including MAQ, which is accurate, feature rich and fast enough to align short reads from a single individual. However, MAQ does not support gapped alignment for single-end reads, which makes it unsuitable for alignment of longer reads where indels may occur frequently. The speed of MAQ is also a concern when the alignment is scaled up to the resequencing of hundreds of individuals. Results: We implemented Burrows-Wheeler Alignment tool (BWA), a new read alignment package that is based on backward search with Burrows–Wheeler Transform (BWT), to efficiently align short sequencing reads against a large reference sequence such as the human genome, allowing mismatches and gaps. BWA supports both base space reads, e.g. from Illumina sequencing machines, and color space reads from AB SOLiD machines. Evaluations on both simulated and real data suggest that BWA is ∼10–20× faster than MAQ, while achieving similar accuracy. In addition, BWA outputs alignment in the new standard SAM (Sequence Alignment/Map) format. Variant calling and other downstream analyses after the alignment can be achieved with the open source SAMtools software package. Availability: http://maq.sourceforge.net Contact: rd@sanger.ac.uk

Simon Anders,  Wolfgang Huber (2010)
High-throughput sequencing assays such as RNA-Seq, ChIP-Seq or barcode counting provide quantitative readouts in the form of count data. To infer differential signal in such data correctly and with good statistical power, estimation of data variability throughout the dynamic range and a suitable error model are required. We propose a method based on the negative binomial distribution, with variance and mean linked by local regression and present an implementation, DESeq, as an R/Bioconductor package.

Barry L. Wanner,  Ina B Wanner,  Kirill A. Datsenko (2000)
We have developed a simple and highly efficient method to disrupt chromosomal genes in Escherichia coli in which PCR primers provide the homology to the targeted gene(s). In this procedure, recombination requires the phage lambda Red recombinase, which is synthesized under the control of an inducible promoter on an easily curable, low copy number plasmid. To demonstrate the utility of this approach, we generated PCR products by using primers with 36- to 50-nt extensions that are homologous to regions adjacent to the gene to be inactivated and template plasmids carrying antibiotic resistance genes that are flanked by FRT (FLP recognition target) sites. By using the respective PCR products, we made 13 different disruptions of chromosomal genes. Mutants of the arcB, cyaA, lacZYA, ompR-envZ, phnR, pstB, pstCA, pstS, pstSCAB-phoU, recA, and torSTRCAD genes or operons were isolated as antibiotic-resistant colonies after the introduction into bacteria carrying a Red expression plasmid of synthetic (PCR-generated) DNA. The resistance genes were then eliminated by using a helper plasmid encoding the FLP recombinase which is also easily curable. This procedure should be widely useful, especially in genome analysis of E. coli and other bacteria because the procedure can be done in wild-type cells.