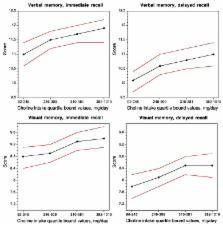 Choline is an essential nutrient for humans. It is a precursor of membrane phospholipids (e.g., phosphatidylcholine (PC)), the neurotransmitter acetylcholine, and via betaine, the methyl group donor S-adenosylmethionine. High choline intake during gestation and early postnatal development in rat and mouse models improves cognitive function in adulthood, prevents age-related memory decline, and protects the brain from the neuropathological changes associated with Alzheimer’s disease (AD), and neurological damage associated with epilepsy, fetal alcohol syndrome, and inherited conditions such as Down and Rett syndromes. These effects of choline are correlated with modifications in histone and DNA methylation in brain, and with alterations in the expression of genes that encode proteins important for learning and memory processing, suggesting a possible epigenomic mechanism of action. Dietary choline intake in the adult may also influence cognitive function via an effect on PC containing eicosapentaenoic and docosahexaenoic acids; polyunsaturated species of PC whose levels are reduced in brains from AD patients, and is associated with higher memory performance, and resistance to cognitive decline.

Fei-Fei He,  E. Sun,  Hao Wu … (2003)
In conjunction with histone modifications, DNA methylation plays critical roles in gene silencing through chromatin remodeling. Changes in DNA methylation perturb neuronal function, and mutations in a methyl-CpG-binding protein, MeCP2, are associated with Rett syndrome. We report that increased synthesis of brain-derived neurotrophic factor (BDNF) in neurons after depolarization correlates with a decrease in CpG methylation within the regulatory region of the Bdnf gene. Moreover, increased Bdnf transcription involves dissociation of the MeCP2-histone deacetylase-mSin3A repression complex from its promoter. Our findings suggest that DNA methylation-related chromatin remodeling is important for activity-dependent gene regulation that may be critical for neural plasticity.

Dnmt3L and the establishment of maternal genomic imprints.

Timothy Bestor,  D Bourc'his,  Steven Lin … (2001)
Complementary sets of genes are epigenetically silenced in male and female gametes in a process termed genomic imprinting. The Dnmt3L gene is expressed during gametogenesis at stages where genomic imprints are established. Targeted disruption of Dnmt3L caused azoospermia in homozygous males, and heterozygous progeny of homozygous females died before midgestation. Bisulfite genomic sequencing of DNA from oocytes and embryos showed that removal of Dnmt3L prevented methylation of sequences that are normally maternally methylated. The defect was specific to imprinted regions, and global genome methylation levels were not affected. Lack of maternal methylation imprints in heterozygous embryos derived from homozygous mutant oocytes caused biallelic expression of genes that are normally expressed only from the allele of paternal origin. The key catalytic motifs characteristic of DNA cytosine methyltransferases have been lost from Dnmt3L, and the protein is more likely to act as a regulator of imprint establishment than as a DNA methyltransferase.