Prostanoid therapies in the management of pulmonary arterial hypertension 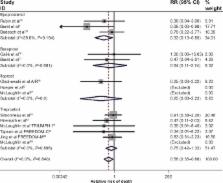 Prostacyclin is an endogenous eicosanoid produced by endothelial cells; through actions on vascular smooth-muscle cells, it promotes vasodilation. Pulmonary arterial hypertension (PAH) is characterized by elevated mean pulmonary artery pressure due to a high pulmonary vascular resistance state. A relative decrease in prostacyclin presence has been associated with PAH; this pathway has thus become a therapeutic target. Epoprostenol, the synthetic equivalent of prostacyclin, was first utilized as short-term or bridging therapy in the 1980s. Further refinement of its long-term use via continuous intravenous infusion followed. A randomized controlled trial by Barst et al in 1996 demonstrated functional, hemodynamic, and mortality benefits of epoprostenol use. This work was a groundbreaking achievement in the management of PAH and initiated a wave of research that markedly altered the dismal prognosis previously associated with PAH. Analogs of prostacyclin, including iloprost and treprostinil, exhibit increased stability and allow for an extended array of parenteral and non-parenteral (inhaled and oral) therapeutic options. This review further examines the pharmacology and clinical use of epoprostenol and its analogs in PAH.

An evaluation of long-term survival from time of diagnosis in pulmonary arterial hypertension from the REVEAL Registry.

Raymond Benza,  Dave Miller,  Robyn Barst … (2012)
The Registry to Evaluate Early and Long-term Pulmonary Arterial Hypertension Disease Management (REVEAL Registry) was established to characterize the clinical course, treatment, and predictors of outcomes in patients with pulmonary arterial hypertension (PAH) in the United States. To date, estimated survival based on time of patient enrollment has been established and reported. To determine whether the survival of patients with PAH has improved over recent decades, we assessed survival from time of diagnosis for the REVEAL Registry cohort and compared these results to the estimated survival using the National Institutes of Health (NIH) prognostic equation. Newly or previously diagnosed patients (aged ≥ 3 months at diagnosis) with PAH enrolled from March 2006 to December 2009 at 55 US centers were included in the current analysis. A total of 2,635 patients qualified for this analysis. One-, 3-, 5-, and 7-year survival rates from time of diagnostic right-sided heart catheterization were 85%, 68%, 57%, and 49%, respectively. For patients with idiopathic/familial PAH, survival rates were 91% ± 2%, 74% ± 2%, 65% ± 3%, and 59% ± 3% compared with estimated survival rates of 68%, 47%, 36%, and 32%, respectively, using the NIH equation. Comprehensive analysis of survival from time of diagnosis in a large cohort of patients with PAH suggests considerable improvements in survival in the past 2 decades since the establishment of the NIH registry, the effects of which most likely reflect a combination of changes in treatments, improved patient support strategies, and possibly a PAH population at variance with other cohorts