Crowdsourcing the identification of organisms: A case-study of iSpot 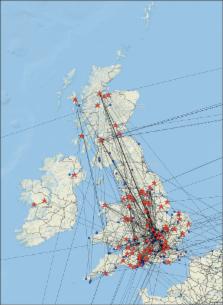 Accurate species identification is fundamental to biodiversity science, but the natural history skills required for this are neglected in formal education at all levels. In this paper we describe how the web application ispotnature.org and its sister site ispot.org.za (collectively, “iSpot”) are helping to solve this problem by combining learning technology with crowdsourcing to connect beginners with experts. Over 94% of observations submitted to iSpot receive a determination. External checking of a sample of 3,287 iSpot records verified > 92% of them. To mid 2014, iSpot crowdsourced the identification of 30,000 taxa (>80% at species level) in > 390,000 observations with a global community numbering > 42,000 registered participants. More than half the observations on ispotnature.org were named within an hour of submission. iSpot uses a unique, 9-dimensional reputation system to motivate and reward participants and to verify determinations. Taxon-specific reputation points are earned when a participant proposes an identification that achieves agreement from other participants, weighted by the agreers’ own reputation scores for the taxon. This system is able to discriminate effectively between competing determinations when two or more are proposed for the same observation. In 57% of such cases the reputation system improved the accuracy of the determination, while in the remainder it either improved precision (e.g. by adding a species name to a genus) or revealed false precision, for example where a determination to species level was not supported by the available evidence. We propose that the success of iSpot arises from the structure of its social network that efficiently connects beginners and experts, overcoming the social as well as geographic barriers that normally separate the two.

A survey of trust and reputation systems for online service provision

Crowdsourcing systems on the World-Wide Web