The association between social support and physical activity in older adults: a systematic review 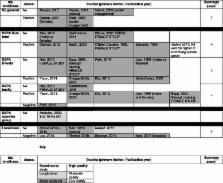 Journal: The International Journal of Behavioral Nutrition and Physical Activity

The promotion of active and healthy ageing is becoming increasingly important as the population ages. Physical activity (PA) significantly reduces all-cause mortality and contributes to the prevention of many chronic illnesses. However, the proportion of people globally who are active enough to gain these health benefits is low and decreases with age. Social support (SS) is a social determinant of health that may improve PA in older adults, but the association has not been systematically reviewed.

Quantitative studies examining a relationship between SS, or loneliness, and PA levels in healthy, older adults over 60 were identified using MEDLINE, PSYCInfo, SportDiscus, CINAHL and PubMed, and through reference lists of included studies. Quality of these studies was rated.

This review included 27 papers, of which 22 were cross sectional studies, three were prospective/longitudinal and two were intervention studies. Overall, the study quality was moderate. Four articles examined the relation of PA with general SS, 17 with SS specific to PA (SSPA), and six with loneliness. The results suggest that there is a positive association between SSPA and PA levels in older adults, especially when it comes from family members. No clear associations were identified between general SS, SSPA from friends, or loneliness and PA levels. When measured separately, leisure time PA (LTPA) was associated with SS in a greater percentage of studies than when a number of PA domains were measured together.

The evidence surrounding the relationship between SS, or loneliness, and PA in older adults suggests that people with greater SS for PA are more likely to do LTPA, especially when the SS comes from family members. However, high variability in measurement methods used to assess both SS and PA in included studies made it difficult to compare studies.

Miriam Reiner,  Christina Niermann,  Darko Jekauc … (2013)
Background The treatment of noncommunicable diseases (NCD), like coronary heart disease or type 2 diabetes mellitus, causes rising costs for the health system. Physical activity is supposed to reduce the risk for these diseases. Results of cross-sectional studies showed that physical activity is associated with better health, and that physical activity could prevent the development of these diseases. The purpose of this review is to summarize existing evidence for the long-term (>5 years) relationship between physical activity and weight gain, obesity, coronary heart disease, type 2 diabetes mellitus, Alzheimer’s disease and dementia. Methods Fifteen longitudinal studies with at least 5-year follow up times and a total of 288,724 subjects (>500 participants in each study), aged between 18 and 85 years, were identified using digital databases. Only studies published in English, about healthy adults at baseline, intentional physical activity and the listed NCDs were included. Results The results of these studies show that physical activity appears to have a positive long-term influence on all selected diseases. Conclusions This review revealed a paucity of long-term studies on the relationship between physical activity and the incidence of NCD.

Gail N Owen,  M Booth,  Michelle E. Leslie … (2000)
Regular physical activity in older adults can facilitate healthy aging, improve functional capacity, and prevent disease. However, factors associated with physical inactivity in older populations are poorly understood. This study attempts to identify social-cognitive and perceived environmental influences associated with physical activity participation in older populations. In a randomly selected sample of 449 Australian adults age 60 and older, we assessed self-reported physical activity and a range of social-cognitive and perceived environmental factors. Respondents were classified as sufficiently active and inactive based on energy expenditure estimates (kcal/week) derived from self-reported physical activity. Two logistic regression models, with and without self-efficacy included, were conducted to identify modifiable independent predictors of physical activity. Significantly more males than females were physically active. Physical activity participation was related to age with a greater proportion of those age 65-69 being active than those age 60-64 or 70 or older. High self-efficacy, regular participation of friends and family, finding footpaths safe for walking, and access to local facilities were significantly associated with being active. Identifying predictors of physical activity in older populations, particularly social support, facility access, and neighbourhood safety, can inform the development of policy and intervention strategies to promote the health of older people. Copyright 2000 American Health Foundation and Academic Press.