Dyadic Coping in Couples: A Conceptual Integration and a Review of the Empirical Literature 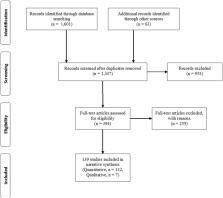 The present review on dyadic coping (DC) aims at providing a critical integration of both the conceptual and empirical DC literature and overcoming the limitations of past reviews by (a) describing, comparing, and integrating all the DC models, (b) presenting and integrating findings from studies based on DC models, and (c) suggesting directions for further research. The DC models identified and compared include: The congruence model (Revenson, 1994), the relationship-focused model (Coyne and Smith, 1991; O'Brien and DeLongis, 1996), the communal coping model (Lyons et al., 1998), the systemic-transactional model (Bodenmann, 1995, 1997), the relational-cultural model (Kayser et al., 2007), and the developmental-contextual coping model (Berg and Upchurch, 2007). After discussing each DC model, we advance a conceptual integration of all models, which serves as the framework to organize the review of the empirical literature. This integration includes the following DC dimensions: (a) Stress Communication, (b) Positive DC by One Partner (supportive DC, empathic responding, delegated DC, active engagement), (c) Positive Conjoint DC (common, collaborative, communal, mutual responsiveness); (d) Negative DC by One Partner (protective buffering, overprotection, and hostility/ambivalence), and (e) Negative Conjoint DC (common negative DC, disengaged avoidance). Developmental, relational, and contextual variables are included as factors shaping DC. To be included in the empirical review, articles had to be published in or a peer-reviewed journal in English and/or German before 2017 and include an original empirical study guided by one of the DC models. The review included 139 studies and, with the exception of the congruence model whose findings were discussed separately, findings were presented for overall DC and each of the dimensions identified in the conceptual integration. Findings were grouped also according to whether the stressor related or not to a medical or mental health condition. Demographic and cultural factors affecting DC were discussed. Overall, the empirical review suggests that in Western couples, positive individual, and conjoint DC forms, taken together or separately, have individual and relational benefits for couples coping with stress in general and/or mental health or medical stressors. Research on DC can be expanded to include other populations and stressors and use improved designs.

A developmental-contextual model of couples coping with chronic illness across the adult life span.

Lise Berg,  Renn Upchurch (2007)
A developmental-contextual model of couples coping with chronic illness is presented that views chronic illness as affecting the adjustment of both the patient and the spouse such that coping strategies enacted by the patient are examined in relation to those enacted by the spouse, and vice versa. The developmental model emphasizes that dyadic coping may be different at various phases of the life span, changing temporally at different stages of dealing with the illness as well as unfolding daily as spouses interact around dyadic stressors. In addition, couples engaged in dyadic coping are affected by broad sociocultural factors (culture and gender) as well as more proximal contextual factors (quality of the marital relationship and the specific demands of the chronic illness). The model provides a framework for understanding how couples coping with chronic illness may together appraise and cope with illness during adulthood and for determining when spousal involvement is beneficial or harmful to both patient and spousal adjustment. The developmental-contextual model to dyadic appraisal and coping has numerous research implications for the field, and the authors conclude with specific recommendations for future research.

The Ways of Coping Checklist: Revision and Psychometric Properties.

P Vitaliano,  Leo Russo,  J. E. Carr … (1985)
This study examined the psychometric properties of the "original" seven factored scales derived by Aldwin et al. from Folkman and Lazarus' Ways of Coping Checklist (WCCL) versus a revised set of scales. Four psychometric properties were examined including the reproducibility of the factor structure of the original scales, the internal consistency reliabilities and intercorrelations of the original and the revised scales, the construct and concurrent validity of the scales, and their relationships to demographic factors. These properties were studied on three distressed samples: 83 psychiatric outpatients, 62 spouses of patients with Alzheimer's disease, and 425 medical students. The revised scales were consistently shown to be more reliable and to share substantially less variance than the original scales across all samples. In terms of construct validity, depression was positively related to the revised Wishful Thinking Scale and negatively related to the revised Problem-Focused Scale consistently across samples. Anxiety was also related to these scales, and in addition, it was positively related to the Seeks Social Support Scale across samples. The Mixed Scale was the only original scale that was consistently related to depression and anxiety across the three samples. Evidence for concurrent validity was provided by the fact that medical students in group therapy had significantly higher original and revised scale scores than students not participating in such groups. Both sets of scales were shown to be generally free of demographic biases.

Couples coping with a myocardial infarction: a contextual perspective on wives' distress.

James C Coyne,  David Smith (1991)
Conventional models of stress and coping are highly individualistic and give little attention to circumstances and involvement with others. A more contextual perspective on wives of patients who had suffered myocardial infarctions was adopted in this study. Wives' distress was related to the character of the infarction, but initial contact with medical personnel and marital quality each had independent contributions. Other analyses related wives' distress to their and the patients' coping. Wives' protective buffering of patients had a positive relationship with their own distress, even though Smith & Coyne (1988) have shown it contributes to patients' self-efficacy. Results suggest the need to acknowledge the limitations on adaptation imposed by health and the health care system. Also, initial conditions set a trajectory for later adaptation and there may be tradeoffs between preserving one's own well-being and contributing to a partner's efficacy.

This article was submitted to Clinical and Health Psychology, a section of the journal Frontiers in Psychology