A review of Hyalomma scupense (Acari, Ixodidae) in the Maghreb region: from biology to control 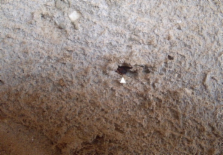 Hyalomma scupense (syn. Hyalomma detritum) is a two-host domestic endophilic tick of cattle and secondarily other ungulates in the Maghreb region (Africa). This species transmits several pathogens, among which two are major livestock diseases: Theileria annulata and Theileria equi. Various other pathogens are also transmitted by this tick species, such as Anaplasma phagocytophilum and Ehrlichia bovis. Hyalomma scupense is common in sub-humid and semi-arid areas of several regions in the world, mainly in the Maghreb region. In this region, adults attach to animals during the summer season; larvae and nymphs attach to their hosts during autumn, but there is a regional difference in H. scupense phenology. There is an overlap between immature and adult ticks, leading in some contexts to a dramatic modification of the epidemiology of tick-borne diseases. This tick species attaches preferentially to the posterior udder quarters and thighs. Tick burdens can reach 130 ticks per animal, with a mean of 60 ticks. Calves are 70 times less infested than adult cattle. The control can be implemented through six options: (i) rehabilitation of the farm buildings by roughcasting and smoothing the outer and inner surfaces of the enclosures and walls. This control option should be recommended to be combined with a thorough cleaning of the farm and its surrounding area. With regard to Theileria annulata infection, this control option is the most beneficial. (ii) Acaricide application to animals during the summer season, targeting adults. (iii) Acaricide application during the autumn period for the control of the immature stages. (iv) Acaricide application to the walls: many field veterinarians have suggested this option but it is only partially efficient since nymphs enter deep into the cracks and crevices. It should be used if there is a very high tick burden or if there is a high risk of tick-borne diseases. (v) Manual tick removal: this method is not efficient since the ticks can feed on several other animal species in the farm. This control option can lead to a reduction of the tick population, but not a decrease in tick-borne disease incidence. (vi) Vaccination: this control option consists of injecting the protein Hd86; trials have shown a partial effect on nymphs, with no effect on adult ticks. Combination of two of these control options is recommended in regions where there are high burdens of important tick vectors. Further studies are needed to improve our knowledge on this tick species in the Maghreb region, since the number of published studies on Hyalomma scupense in this region is very limited.

Peter Willadsen (2006)
Tick control is critical to the control of tick borne disease, while the direct impact of ticks on livestock productivity is also well known. For livestock, tick control today rests overwhelmingly on the twin approaches of genetics and chemical acaricides, although the disadvantages and limitations of both are recognized. The achievement of the full potential of vaccination, the application of biocontrol agents and the coordinated management of the existing technologies all pose challenging research problems. Progress in many areas has been steady over the last decade, while the acquisition of molecular information has now reached a revolutionary stage. This is likely to have immediate impact on the identification of potential antigens for improved vaccines and novel targets for acaricide action. In many circumstances, the rate limiting step in making scientific progress will remain unchanged, namely the resource constraint on evaluating these appropriately in large animals. For other approaches, such as the use of biocontrol agents, the limitation is likely to be less in the identification of suitable agents than in their delivery in an efficient and cost effective way. Our scientific understanding of the molecular basis for the tick vector-tick borne disease interaction is in its infancy but the area is both challenging and, in the long term, likely to be of great practical importance. What is arguably the most difficult problem of all remains: the translation of laboratory research into the extremely diverse parasite control requirements of farming systems in a way that is practically useful.

In vivo evidence for the resistance of Theileria annulata to buparvaquone.

Moez Mhadhbi,  Abdelkarim Naouach,  Aïssa Boumiza … (2010)
The present study describes an outbreak of tropical theileriosis cases refractory to buparvaquone treatment, which occurred in a small-size dairy farm in Tunisia. Out of seven treated cows, four died in spite of repeated buparvaquone injections (2.5 and 5 mg kg(-1)) and the monitoring of the affected cows showed no improvement of the course of the disease with a consistent decrease in the haematocrit, the persistence of fever and an increased parasitaemia after treatment. Ticks were fed on a calf experimentally infected with one isolate established in culture from one of the cases and the resultant infected ticks ground up to generate a supernatant infected with the potentially resistant stock. This was used to experimentally infect three calves, and the clinical observations, post-buparvaquone treatment, showed an absence of the usual effect of buparvaquone treatment on the parasite Theileria annulata, such as the rapid decline of schizont index and parasitaemia and a rapid recovery from the disease. These results confirmed for the first time the occurrence of resistance to buparvaquone in the protozoan T. annulata. (c) 2010 Elsevier B.V. All rights reserved.

Detection and identification of Ehrlichia spp. in ticks collected in Tunisia and Morocco.

M’hammed Sarih,  Youmna M’ghirbi,  Ali Bouattour … (2005)
A broad-range 16S rRNA gene PCR assay followed by partial sequencing of the 16S rRNA gene was used for the detection of members of the family Anaplasmataceae in ticks in North Africa. A total of 418 questing Ixodes ricinus ticks collected in Tunisia and Morocco, as well as 188 Rhipicephalus ticks from dogs and 52 Hyalomma ticks from bovines in Tunisia, were included in this study. Of 324 adult I. ricinus ticks, 16.3% were positive for Ehrlichia spp., whereas only 3.4 and 2.8% of nymphs and larvae, respectively, were positive. A large heterogeneity was observed in the nucleotide sequences. Partial sequences identical to that of the agent of human granulocytic ehrlichiosis (HGE) were detected in I. ricinus and Hyalomma detritum, whereas partial sequences identical to that of Anaplasma platys were detected in Rhipicephalus sanguineus. However, variants of Anaplasma, provisionally designated Anaplasma-like, were predominant in the I. ricinus tick population in Maghreb. Otherwise, two variants of the genus Ehrlichia were detected in I. ricinus and H. detritum. Surprisingly, a variant of Wolbachia pipientis was evidenced from I. ricinus in Morocco. These results emphasized the potential risk of tick bites for human and animal populations in North Africa.