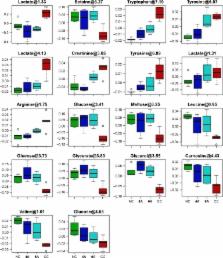 5H-benzo[h]thiazolo[2,3-b]quinazoline scaffold is known to have an antitumor effect on certain types of malignancies; however, its effect on hepatocellular carcinoma (HCC) remains unclear. Previously, we reported p-toluenesulfonic acid-promoted syntheses, molecular modeling and in vitro antitumor activity of 5H-benzo[h]thiazolo[2,3-b]quinazoline against human hepatoma (Hep-G2) cells where compounds 4A and 6A were found to be potent inhibitors among the series. In continuation to our previous effort to develop novel therapeutic strategies for HCC treatment, here we investigated the in vivo antitumor activity and the mechanism underlying the effects of 4A and 6A in N-nitrosodiethylamine (NDEA)-induced HCC using male Wistar rats. NDEA was administered weekly intraperitoneally at a dose of 100 mg/kg for 6 weeks. Various physiological and morphological changes, oxidative parameters, liver marker enzymes and cytokines were assessed to evaluate the antitumor effect of 4A and 6A. In addition, proton nuclear magnetic resonance-based serum metabolomics were performed to analyze the effects of 4A and 6A against HCC-induced metabolic alterations. Significant tumor incidences with an imbalance in carcinogen metabolizing enzymes and cellular redox status were observed in carcinogenic rats. Tumor inhibitory effects of 4A and 6A were noted by histopathology and biochemical profiles in NDEA-induced hepatic cancer. Compounds 4A and 6A had a potential role in normalizing the elevated levels of inflammatory mediators such as interleukin-1β (IL-1β), IL-2, IL-6 and IL-10. At molecular level, the real-time quantitative reverse-transcribed polymerase chain reaction analysis revealed that 4A and 6A attenuated the IL-6 gene overexpression in hepatic cancer. Further, orthogonal partial least squares discriminant analysis scores plot demonstrated a significant separation of 4A and 6A-treated groups from carcinogen control group. Both the compounds have potential to restore the imbalanced metabolites due to HCC, signifying promising hepatoprotective activities. All these findings suggested that 4A and 6A could be potential drug candidates to treat HCC.

Jeremy Nicholson,  Peta J D Foxall,  Manfred Spraul … (1995)
High-resolution 750 MHz 1H NMR spectra of control human blood plasma have been measured and assigned by the concerted use of a range of spin-echo, two-dimensional J-resolved, and homonuclear and heteronuclear (1H-13C) correlation methods. The increased spectral dispersion and sensitivity at 750 MHz enable the assignment of numerous 1H and 13C resonances from many molecular species that cannot be detected at lower frequencies. This work presents the most comprehensive assignment of the 1H NMR spectra of blood plasma yet achieved and includes the assignment of signals from 43 low M(r) metabolites, including many with complex or strongly coupled spin systems. New assignments are also provided from the 1H and 13C NMR signals from several important macromolecular species in whole blood plasma, i.e., very-low-density, low-density, and high-density lipoproteins, albumin, and alpha 1-acid glycoprotein. The temperature dependence of the one-dimensional and spin-echo 750 MHz 1H NMR spectra of plasma was investigated over the range 292-310 K. The 1H NMR signals from the fatty acyl side chains of the lipoproteins increased substantially with temperature (hence also molecular mobility), with a disproportionate increase from lipids in low-density lipoprotein. Two-dimensional 1H-13C heteronuclear multiple quantum coherence spectroscopy at 292 and 310 K allowed both the direct detection of cholesterol and choline species bound in high-density lipoprotein and the assignment of their signals and confirmed the assignment of most of the lipoprotein resonances.

Arginine deprivation and argininosuccinate synthetase expression in the treatment of cancer.

Nicholas Lemoine,  Peter Szlosarek,  Tim Crook … (2010)
Arginine, a semi-essential amino acid in humans, is critical for the growth of human cancers, particularly those marked by de novo chemoresistance and a poor clinical outcome. In addition to protein synthesis, arginine is involved in diverse aspects of tumour metabolism, including the synthesis of nitric oxide, polyamines, nucleotides, proline and glutamate. Tumoural downregulation of the enzyme argininosuccinate synthetase (ASS1), a recognised rate-limiting step in arginine synthesis, results in an intrinsic dependence on extracellular arginine due to an inability to synthesise arginine for growth. This dependence on extracellular arginine is known as arginine auxotrophy. Several tumours are arginine auxotrophic, due to variable loss of ASS1, including hepatocellular carcinoma, malignant melanoma, malignant pleural mesothelioma, prostate and renal cancer. Importantly, targeting extracellular arginine for degradation in the absence of ASS1 triggers apoptosis in arginine auxotrophs. Several phase I/II clinical trials of the arginine-lowering drug, pegylated arginine deiminase, have shown encouraging evidence of clinical benefit and low toxicity in patients with ASS1-negative tumours. In part, ASS1 loss is due to epigenetic silencing of the ASS1 promoter in various human cancer cell lines and tumours, and it is this silencing that confers arginine auxotrophy. In relapsed ovarian cancer, this is associated with platinum refractoriness. In contrast, several platinum sensitive tumours, including primary ovarian, stomach and colorectal cancer, are characterised by ASS1 overexpression, which is regulated by proinflammatory cytokines. This review examines the prospects for novel approaches in the prevention, diagnosis and treatment of malignant disease based on ASS1 pathophysiology and its rate-limiting product, arginine.