A review of halotherapy for chronic obstructive pulmonary disease 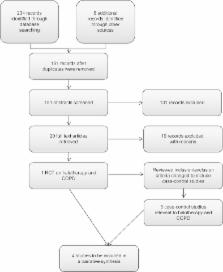 Chronic obstructive pulmonary disease (COPD) is a chronic, progressive disease and is treated with inhaled medication to optimize the patient’s lung health through decreasing their symptoms, especially breathlessness. Halotherapy is the inhalation of micronized dry salt within a chamber that mimics a salt cave environment. Recent media reports suggest that this therapy may help with the symptoms of COPD.

To critically evaluate and summarize the evidence for the use of halotherapy as a treatment for COPD.

Of the 151 articles retrieved from databases and relevant reference lists, only one randomized controlled trial met the inclusion criteria. A meta-analysis was unable to be conducted due to the limited number of published studies. Inclusion criteria were subsequently expanded to allow three case-control studies to be included, ensuring that a narrative synthesis could be completed. From the pooled data of the four studies, there were 1,041 participants (661 in the intervention group and 380 in the control group). The assessment of methodological quality raised issues associated with randomization and patient selection. Three themes were identified from the narrative synthesis: respiratory function, quality of life, and medication use.

Themes generated from the narrative synthesis data reflect outcome measures regularly used for interventional research associated with COPD. From this review, recommendations for inclusion of halotherapy as a therapy for COPD cannot be made at this point and there is a need for high quality studies to determine the effectiveness of this therapy.

Meghan Donaldson,  Jadwiga Wedzicha (2006)
The epidemiology of exacerbations of chronic obstructive pulmonary disease (COPD) is reviewed with particular reference to the definition, frequency, time course, natural history and seasonality, and their relationship with decline in lung function, disease severity and mortality. The importance of distinguishing between recurrent and relapsed exacerbations is discussed.

P. Girodet,  C Raherison (2009)
Chronic obstructive pulmonary disease (COPD) is responsible for early mortality, high death rates and significant cost to health systems. The projection for 2020 indicates that COPD will be the third leading cause of death worldwide (from sixth in 1990) and fifth leading cause of years lost through early mortality or handicap (disability-adjusted life years) (12th in 1990). Active smoking remains the main risk factor, but other factors are becoming better known, such as occupational factors, infections and the role of air pollution. Prevalence of COPD varies according to country, age and sex. This disease is also associated with significant comorbidities. COPD is a disorder that includes various phenotypes, the continuum of which remains under debate. The major challenge in the coming years will be to prevent onset of smoking along with early detection of the disease in the general population.

The Global Burden of Disease 2004 Update