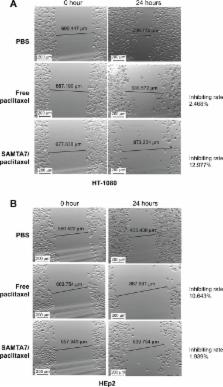 Self-assembling peptides are capable of forming a complex containing a cavity where cytotoxic agents can be wrapped in a self-assembling manner. These complexes are beneficial for improving the pharmacological properties and pharmacokinetics of cytotoxic agents, such as doxorubicin and paclitaxel. In the present study, this self-assembling feature was successfully integrated into a hexapeptide with matrix metalloproteinase (MMP)-2 specific targeting activity, producing a supramolecule possessing controlled drug release characteristics. The MMP-2 specific substrate fragment, PVGLIG, makes this supramolecule disassociate in the presence of MMP-2, and this system is considered to be a powerful tool for the treatment of tumors with high expression of MMP-2 or tumor metastasis. Our findings show that this modified self-assembling peptide with the PVGLIG fragment was able to significantly enhance specificity against HT1080 cells, a tumor cell line with high expression of MMP-2. In addition, residence time of the complex in blood was prolonged since paclitaxel was wrapped into the supramolecule. Our results suggest that the modified MMP-2 specific substrate, SAMTA7, could act as a controlled and sustained drug carrier for treatment of tumors with high expression of MMP-2 and for tumor metastasis.

Y Konttinen,  Carl Gahmberg,  C Kantor … (1999)
Several lines of evidence suggest that tumor growth, angiogenesis, and metastasis are dependent on matrix metalloproteinase (MMP) activity. However, the lack of inhibitors specific for the type IV collagenase/gelatinase family of MMPs has thus far prevented the selective targeting of MMP-2 (gelatinase A) and MMP-9 (gelatinase B) for therapeutic intervention in cancer. Here, we describe the isolation of specific gelatinase inhibitors from phage display peptide libraries. We show that cyclic peptides containing the sequence HWGF are potent and selective inhibitors of MMP-2 and MMP-9 but not of several other MMP family members. Our prototype synthetic peptide, CTTHWGFTLC, inhibits the migration of human endothelial cells and tumor cells. Moreover, it prevents tumor growth and invasion in animal models and improves survival of mice bearing human tumors. Finally, we show that CTTHWGFTLC-displaying phage specifically target angiogenic blood vessels in vivo. Selective gelatinase inhibitors may prove useful in tumor targeting and anticancer therapies.

MMP2 role in breast cancer brain metastasis development and its regulation by TIMP2 and ERK1/2.

Gina Lungu,  George Stoica,  Tiago A. O. Mendes … (2006)
Matrix metalloproteinase 2 (MMP2) is important in breast cancer (BC) invasion and metastasis. We previously reported that BC brain metastases, in a rat syngeneic model developed in our laboratory, have high expression and activity of MMP2. The MMP2 mechanism of action in the brain is still under intense scrutiny. To study the role of MMP2 in the development of BC brain metastasis we transfected ENU1564 rat mammary adenocarcinoma cells with tissue inhibitor of MMP2 (TIMP2). Animals inoculated with ENU1564-TIMP2 cells had decreased orthotopic tumor growth, decreased orthotopic metastatic behavior and did not develop brain metastases. These results were associated with decreased MMP2 activity, demonstrated by gel zymography. Mitogen activated protein kinase (MAPK) pathway components, such as ERK1/2, have been correlated to MMP expression and/or astrocyte activity. We found that BC brain metastases have peripheral astrocyte reactivity and higher expression of glial fibrillary acidic protein (GFAP) and phosphorylated-ERK1/2 (p-ERK1/2). Additionally, rat astrocyte-conditioned media increased in vitro invasion of ENU1564 cancer cells and increased expression of MMP2 and p-ERK1/2. Blockage of ERK1/2 phosphorylation by treatment with MEK inhibitor (PD98059) decreased the expression of MMP2 in cancer cells grown in rat astrocyte-conditioned media. Our results are highly suggestive that MMP2 plays a role in the development of BC metastases, in particular to the brain. Furthermore, our results suggest that astrocyte factors and the ERK1/2 signaling pathway may be associated with BC brain metastasis development; and that ERK1/2 may regulate MMP2 in a way that is modifiable by astrocyte factors.

Christoph Becker-Pauly,  Hans-Willi Krell,  E E Sterchi … (2004)
Meprin is a zinc endopeptidase of the astacin family, which is expressed as a membrane-bound or secreted protein in mammalian epithelial cells, in intestinal leucocytes and in certain cancer cells. There are two types of meprin subunits, alpha and beta, which form disulphide-bonded homo- and hetero-oligomers. Here we report on the cleavage of matrix proteins by hmeprin (human meprin) alpha and beta homo-oligomers, and on the interactions of these enzymes with inhibitors. Despite their completely different cleavage specificities, both hmeprin alpha and beta are able to hydrolyse basement membrane components such as collagen IV, nidogen-1 and fibronectin. However, they are inactive against intact collagen I. Hence the matrix-cleaving activity of hmeprin resembles that of gelatinases rather than collagenases. Hmeprin is inhibited by hydroxamic acid derivatives such as batimastat, galardin and Pro-Leu-Gly-hydroxamate, by TAPI-0 (tumour necrosis factor alpha protease inhibitor-0) and TAPI-2, and by thiol-based compounds such as captopril. Therapeutic targets for these inhibitors are MMPs (matrix metalloproteases), TACE (tumour necrosis factor alpha-converting enzyme) and angiotensin-converting enzyme respectively. The most effective inhibitor of hmeprin alpha in the present study was the naturally occurring hydroxamate actinonin ( K(i)=20 nM). The marked variance in the cleavage specificities of hmeprin alpha and beta is reflected by their interaction with the TACE inhibitor Ro 32-7315, whose affinity for the beta subunit (IC50=1.6 mM) is weaker by three orders of magnitude than that for the alpha subunit ( K(i)=1.6 microM). MMP inhibitors such as the pyrimidine-2,4,6-trione derivative Ro 28-2653 that are more specific for gelatinases do not bind to hmeprin, presumably due to the subtle differences in the mode of zinc binding and active-site structure between the astacins and the MMPs.