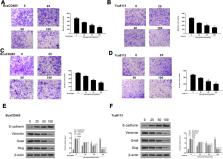 The effect of flavopereirine on cell viability of human oral cancer cell lines (BcaCD885 and Tca8113) was evaluated by MTT assay and colony formation assay. Cell apoptosis and cell cycle distribution were detected by flow cytometry. Cell invasion and migration were evaluated by Transwell assay. The expression of LASP1, JAK2, p-JAK2, STST3, p-STST3, STST5 and p-STST5 was evaluated by qRT-PCR and Western blot. In addition, the xenograft mouse model was constructed to determine the anti-cancer role of flavopereirine in vivo.

Flavopereirine inhibited the progression of oral cancer through inactivating the JAK/STAT signaling pathway by upregulating LASP1, suggesting that flavopereirine might be a potential anti-cancer agent for oral cancer.

Shivananju Swamy,  Gautam Sethi,  Kam Man Hui … (2012)
Hepatocellular carcinoma (HCC) is one of the most lethal malignancies, and is also the fourth most common cancer worldwide with around 700,000 new cases each year. Currently, first line chemotherapeutic drugs used for HCC include fluorouracil, cisplatin, doxorubicin, paclitaxel and mitomycin, but most of these are non-selective cytotoxic molecules with significant side effects. Sorafenib is the only approved targeted therapy by the U.S. Food and Drug Administration for HCC treatment, but patients suffer from various kinds of adverse effects, including hypertension. The signal-transducer-and-activator-of-transcription 3 (STAT3) protein, one of the members of STATs transcription factor family, has been implicated in signal transduction by different cytokines, growth factors and oncogenes. In normal cells, STAT3 activation is tightly controlled to prevent dysregulated gene transcription, whereas constitutively activated STAT3 plays an important role in tumorigenesis through the upregulation of genes involved in anti-apoptosis, proliferation and angiogenesis. Thus, pharmacologically safe and effective agents that can block STAT3 activation have the potential both for the prevention and treatment of HCC. In the present review, we discuss the possible role of STAT3 signaling cascade and its interacting partners in the initiation of HCC and also analyze the role of various STAT3 regulated genes in HCC progression, inflammation, survival, invasion and angiogenesis. Copyright © 2012 Elsevier B.V. All rights reserved.

Malay Kumar,  Ronak Nanavati,  Tapan Modi … (2016)
Oral cancer is the sixth most common malignancy in the world. Oral cancer is of major concern in Southeast Asia primarily because of the prevalent oral habits of betel quid chewing, smoking, and alcohol consumption. Despite recent advances in cancer diagnoses and therapies, the 5.year survival rate of oral cancer patients has remained at a dismal 50% in the last few decades. This paper is an overview of the various etiological agents and risk factors implicated in the development of oral cancer.

Promotion of colorectal cancer growth and metastasis by the LIM and SH3 domain protein 1.

Xuegang Sun,  Jianming Li,  Chao Liu … (2010)
LIM and SH3 protein 1 (LASP-1), initially identified from a cDNA library of metastatic axillary lymph nodes of breast cancer patients, is a specific focal adhesion protein involved in numerous biological and pathological processes. The overexpression of LASP-1 has been described in several types of cancers, but the role of LASP-1 in colorectal cancer (CRC) is unknown. In a previous study, comparative proteomic analysis was performed and LASP-1 was identified as a CRC-associated protein in those patients with CRC. Using immunohistochemistry, we analysed LASP-1 protein expression in 126 clinicopathologically characterised CRC cases. Using gene transfection and RNA interference, we investigated the effects of LASP-1 overexpression and depletion on tumor cellular behavior in vitro and in vivo. Using 2-D DIGE, we analysed the effect of the presence and absence of LASP-1 gene on protein expression profiles of CRC cells. Overexpression of LASP-1 was found in metastatic CRC tissues (p=0.002), and its expression level was closely correlated with overall survival of patients with CRC (p=0.002). RNA interference-mediated silencing of the LASP-1 gene in SW620 CRC cells inhibited cell proliferation and migration significantly. However, gene transfection-mediated overexpression of LASP-1 in SW480 CRC cells resulted in aggressive phenotypes of cancer cells and promoted cancer growth and metastasis. Furthermore, both overexpression and silencing of the LASP-1 gene caused a very similar protein expression pattern in different CRC cell lines. The identified LASP-1-modulated proteins, including some key cellular molecules, were involved in various biological processes. The results show that LASP-1 might be a promising target in the treatment of patients with CRC with growth and metastasis of CRC.