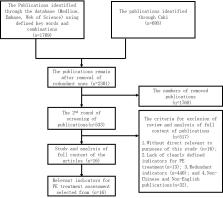 There is a lack of objective tools to comprehensively evaluate premature ejaculation (PE) treatment results clinically. We aimed to describe the development of a novel scoring system for PE treatment results as an example of using the Delphi method and an analytical hierarchy process for complex decision-making in the field of sexual medicine. A Delphi question survey was adopted to collect expert opinions from 47 Chinese specialists in andrology/urology on the assessment of PE treatment outcomes based on four primary properties, that is, the improvement in intravaginal ejaculation latency time, a couple’s mental status, the ability to control ejaculation, and sexual intercourse satisfaction. Different weights on those primary properties were assigned to create a mathematical hierarchy matrix and then perform an analysis. The scores were assigned according to the calculated weights. The ratio among the combined weights of the four primary properties was 1:3:2:3. The total numerical score was 36. Scores above 27, between 26 and 18, and below 17 indicated significant improvement, moderate improvement, and no improvement in PE, respectively, with selected treatments. The scoring system with 36 points can be used by physicians, patients, and their sexual partners to comprehensively and objectively assess quantitative PE treatment results.

Joseph-Alexander Verreet,  Hartmut Porst,  S Grupe … (2007)
This study evaluated the associated comorbidities and patient satisfaction with treatment options for premature ejaculation (PE), a common sexual dysfunction. A comprehensive, Internet-based survey (the PE Prevalence and Attitudes [PEPA] survey) was conducted among men ages 18-70 in the United States, Germany, and Italy (n=12,133). Men were classified as having PE based on self-report of low or absent control over ejaculation, resulting in distress for them or their sexual partner or both. The prevalence of PE was 22.7% (24.0% in the United States, 20.3% in Germany, and 20.0% in Italy) and did not vary significantly with age among men over age 24 yr. Men with PE were more likely to self-report other sexual dysfunctions (e.g., anorgasmia, low libido, erectile dysfunction) and psychological disturbances (e.g., depression, anxiety, excessive stress) than men without PE (p 70%) and most likely to have used (>50%) special positions during sex, interrupted stimulation, masturbation, and having intercourse more often than usual to manage their PE. Only 9.0% of men with PE reported having consulted a physician for the condition; 81.9% had to initiate the conversation about PE and 91.5% reported little or no improvement as a result of seeking treatment. PE is a highly prevalent sexual problem, with significant sexual and psychological comorbidities. Most men with PE do not seek assistance from their physician, and most of those who do are not satisfied with the results.

Rym Boulkedid,  Hendy Abdoul,  Marine Loustau … (2011)
Objective Delphi technique is a structured process commonly used to developed healthcare quality indicators, but there is a little recommendation for researchers who wish to use it. This study aimed 1) to describe reporting of the Delphi method to develop quality indicators, 2) to discuss specific methodological skills for quality indicators selection 3) to give guidance about this practice. Methodology and Main Finding Three electronic data bases were searched over a 30 years period (1978–2009). All articles that used the Delphi method to select quality indicators were identified. A standardized data extraction form was developed. Four domains (questionnaire preparation, expert panel, progress of the survey and Delphi results) were assessed. Of 80 included studies, quality of reporting varied significantly between items (9% for year's number of experience of the experts to 98% for the type of Delphi used). Reporting of methodological aspects needed to evaluate the reliability of the survey was insufficient: only 39% (31/80) of studies reported response rates for all rounds, 60% (48/80) that feedback was given between rounds, 77% (62/80) the method used to achieve consensus and 57% (48/80) listed quality indicators selected at the end of the survey. A modified Delphi procedure was used in 49/78 (63%) with a physical meeting of the panel members, usually between Delphi rounds. Median number of panel members was 17(Q1:11; Q3:31). In 40/70 (57%) studies, the panel included multiple stakeholders, who were healthcare professionals in 95% (38/40) of cases. Among 75 studies describing criteria to select quality indicators, 28 (37%) used validity and 17(23%) feasibility. Conclusion The use and reporting of the Delphi method for quality indicators selection need to be improved. We provide some guidance to the investigators to improve the using and reporting of the method in future surveys.

Arthur L. Burnett,  Ajay Nehra,  Rodney H. Breau … (2018)
The purpose of this guideline is to provide a clinical strategy for the diagnosis and treatment of erectile dysfunction.

This article is distributed under the terms of the Creative Commons Attribution-NonCommercial 4.0 License ( https://creativecommons.org/licenses/by-nc/4.0/) which permits non-commercial use, reproduction and distribution of the work without further permission provided the original work is attributed as specified on the SAGE and Open Access pages ( https://us.sagepub.com/en-us/nam/open-access-at-sage).