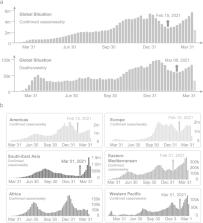 Introduction: The coronavirus disease 2019 (COVID-19) pandemic continues to spread worldwide and vaccination remains the most effective approach to control COVID-19. Currently, at least ten COVID-19 vaccines have been authorized under emergency authorization. However, these vaccines still face many challenges.

Areas covered: This study reviews the concept and mechanisms of trained immunity induced by the Bacille Calmette Guérin (BCG) vaccine and identifies questions that should be answered before the BCG vaccine could be used to combat COVID-19 pandemic. Moreover, we present for the first time the details of current BCG vaccine clinical trials, which are underway in various countries, to assess its effectiveness in combating the COVID-19 pandemic. Finally, we discuss the challenges of COVID-19 vaccines and opportunities for the BCG vaccine. The literature was found by searching the PubMed ( https://pubmed.ncbi.nlm.nih.gov/), Web of Science ( https://www.webofknowledge.com), Embase ( https://www.embase.com), and CNKI ( https://www.cnki.net/) databases. The date was set as the default parameter for each database.

Evan J Anderson, Nadine G Rouphael, Alicia T. Widge … (2020)
Abstract Background Testing of vaccine candidates to prevent infection with severe acute respiratory syndrome coronavirus 2 (SARS-CoV-2) in an older population is important, since increased incidences of illness and death from coronavirus disease 2019 (Covid-19) have been associated with an older age. Methods We conducted a phase 1, dose-escalation, open-label trial of a messenger RNA vaccine, mRNA-1273, which encodes the stabilized prefusion SARS-CoV-2 spike protein (S-2P) in healthy adults. The trial was expanded to include 40 older adults, who were stratified according to age (56 to 70 years or ≥71 years). All the participants were assigned sequentially to receive two doses of either 25 μg or 100 μg of vaccine administered 28 days apart. Results Solicited adverse events were predominantly mild or moderate in severity and most frequently included fatigue, chills, headache, myalgia, and pain at the injection site. Such adverse events were dose-dependent and were more common after the second immunization. Binding-antibody responses increased rapidly after the first immunization. By day 57, among the participants who received the 25-μg dose, the anti–S-2P geometric mean titer (GMT) was 323,945 among those between the ages of 56 and 70 years and 1,128,391 among those who were 71 years of age or older; among the participants who received the 100-μg dose, the GMT in the two age subgroups was 1,183,066 and 3,638,522, respectively. After the second immunization, serum neutralizing activity was detected in all the participants by multiple methods. Binding- and neutralizing-antibody responses appeared to be similar to those previously reported among vaccine recipients between the ages of 18 and 55 years and were above the median of a panel of controls who had donated convalescent serum. The vaccine elicited a strong CD4 cytokine response involving type 1 helper T cells. Conclusions In this small study involving older adults, adverse events associated with the mRNA-1273 vaccine were mainly mild or moderate. The 100-μg dose induced higher binding- and neutralizing-antibody titers than the 25-μg dose, which supports the use of the 100-μg dose in a phase 3 vaccine trial. (Funded by the National Institute of Allergy and Infectious Diseases and others; mRNA-1273 Study ClinicalTrials.gov number, NCT04283461.)

Zijun Wang, Fabian Schmidt, Yiska Weisblum … (2021)
Here we report on the antibody and memory B cell responses of a cohort of 20 volunteers who received the Moderna (mRNA-1273) or Pfizer-BioNTech (BNT162b2) vaccine against SARS-CoV-21-4. Eight weeks after the second injection of vaccine, volunteers showed high levels of IgM and IgG anti-SARS-CoV-2 spike protein (S) and receptor-binding-domain (RBD) binding titre. Moreover, the plasma neutralizing activity and relative numbers of RBD-specific memory B cells of vaccinated volunteers were equivalent to those of individuals who had recovered from natural infection5,6. However, activity against SARS-CoV-2 variants that encode E484K-, N501Y- or K417N/E484K/N501-mutant S was reduced by a small-but significant-margin. The monoclonal antibodies elicited by the vaccines potently neutralize SARS-CoV-2, and target a number of different RBD epitopes in common with monoclonal antibodies isolated from infected donors5-8. However, neutralization by 14 of the 17 most-potent monoclonal antibodies that we tested was reduced or abolished by the K417N, E484K or N501Y mutation. Notably, these mutations were selected when we cultured recombinant vesicular stomatitis virus expressing SARS-CoV-2 S in the presence of the monoclonal antibodies elicited by the vaccines. Together, these results suggest that the monoclonal antibodies in clinical use should be tested against newly arising variants, and that mRNA vaccines may need to be updated periodically to avoid a potential loss of clinical efficacy.

These authors have equal contributions to this study.