Beyond Economics : The Role of Socio-political Factors in Hadiya Migration to South Africa 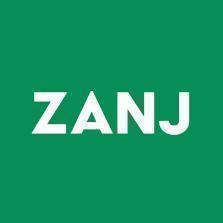 Migration processes are often explained in economic terms both at the level of aspiration and capability. This is reflected in the claim that people migrate because of an absolute or relative deprivation and that who migrates depends on who can afford to cover the cost of migration. Economic factors certainly play an important role in why people migrate, however the fixation on economic factors has come with a reality cost to the extent that the non-economic factors in migration processes are not given the attention they deserve. This contribution seeks to fill this gap. It examines socio-political factors in migration processes and the various forms of inequality they take through a case study of Hadiya migration to South Africa. Specifically, mobility norms, spirituality of migration and sociopolitical networks are examined to explain why there is a geographic concentration in the place of origin of Ethiopian migrants in South Africa. While Hadiya mobility norms construe their migration to South Africa as part of the natural order of things, an overarching spiritual frame of reference represents migration as an enactment of a divine script: a prophecy fulfilled. Unequal access to political and social networks on the other hand have partly determined who migrates. While political networks are mobilized to leverage migration to redress historically shaped regional inequality, social networks are crucial in building capability and easing the process of adaptation in places of destination which further engender increased migration from places of origin.