The relationship between
creativity and mental
illness: a systematic review : I would like to express my deepest appreciation to Dr Athina Manoli, my first supervisor, for her dedication and friendly supervision. I would also like to express my gratitude to Dr Georgina Hosang, my final supervisor. 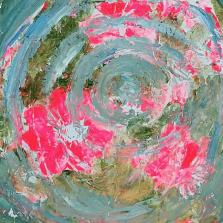 The association between creativity and mental disorders has been a subject of long-standing debate. And it is one of the most controversial issues in the field of creativity and psychopathology research. Despite the fact that engaging in creative activities has a wide range of benefits for mental health the concept of creativity/ mental illness has been widespread. On the one hand, a large body of anecdotal and empirical supports this association (e.g.Simonton, 2010; Andreasen, 2008; Johnson et al., 2012). On the other hand, some scholars argued that the creativity/ psychopathology connection is a traditional legend, and the empirical research in this area has many shortcomings, especially in terms of methodology (e.g. Sawyer, 2012; Schlesinger, 2009).This study conducted a systematic review to investigate the link between creativity and mental illness. Various electronic databases were used to find selected studies: including, Google Scholar, PubMed (Medline), Science Direct, and PMC (NCBI). Also, British Library, Core, and EThOS were applied to search for grey literature. In this paper, 24 studies have been reviewed that they are involved 6,525,664 participations. 21 reviewed studies provided some indications to support a positive link between creativity and psychopathology. 1 study proposed a negative link, and two studies suggested that there is no relationship. Altogether, the results displayed that there is a significant positive correlation between creativity and sub-clinical mental disorders. According to this study, not only creativity was introduced as a by-product of certain sub-clinical mental disorders (e.g., bipolar disorder, schizotypy) but it also identified as a treatment for some severe mental disorders (e.g., depression and addiction).

Data availability: All data generated or analysed during this study are included in this published article (and its supplementary information files).
ScienceOpen disciplines: Social & Behavioral Sciences
Keywords: Creativity,mental illness