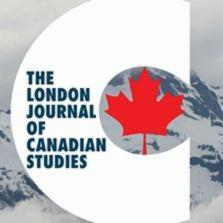 This essay examines the issue of missing heritage, cultural identity, and regeneration of two historically marginalised communities in the Humber River Basin region of western Newfoundland, Canada: Woods Island and Crow Gulch. This region was shaped by the implementation of international treaties which restricted settlement until the turn of the twentieth century by Britain, France and the United States. The first case study focuses on a former fishing community in the Bay of Islands, Woods Island, whose prosperity once coincided with the need by large fish producers based in Gloucester, Massachusetts; they relied on the Bay of Islands for a herring bait fishery to conduct their operations, making the location one of the most important sources of supply in the North Atlantic. Issues surrounding treaty rights and access to this region’s resources resulted in international arbitration and The Hague Tribunal of 1910, and set a legal precedent for opening up global access to the world’s oceans. A half-century later, in the face of the forces of ‘modernisation’, Woods Island was resettled under pressure from the Newfoundland government, as part of a larger strategy to transform the island’s society and economy. Its heritage remains however important to former residents and their families in understanding a world now lost. The second case study explores an abandoned underclass community, consisting mostly of residents with French/Aboriginal background who were largely discriminated against because of their ethnicity. While also no longer in existence, Crow Gulch in its iconic role is significant in the wake of a recent major Mi’kmaw resurgence in Western Newfoundland. Together, these studies demonstrate how to conserve tangible and intangible culture of marginalised communities by linking micro-history to macro-history and how to preserve the past for future cultural benefit.

Rainer Baehre is a member of the Historical Studies programme and crosslisted with Social/Cultural Studies at Grenfell Campus, Memorial University, Newfoundland, Canada. He is the author of Outrageous Seas: Shipwreck and Survival in Newfoundland Waters 1583– 1896 (McGill Queens University Press, 1999) and teaches in the areas of social/cultural and environmental history.