A Randomized, Double-Blinded, Placebo-Controlled Study to Compare the Safety and Efficacy of Low Dose Enhanced Wild Blueberry Powder and Wild Blueberry Extract (ThinkBlue™) in Maintenance of Episodic and Working Memory in Older Adults 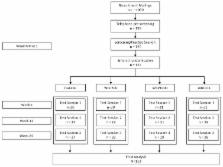 Michael Henry,  Sigrid R Crawford (2004)
To evaluate the reliability and validity of the PANAS (Watson, Clark, & Tellegen, 1988b) and provide normative data. Cross-sectional and correlational. The PANAS was administered to a non-clinical sample, broadly representative of the general adult UK population (N = 1,003). Competing models of the latent structure of the PANAS were evaluated using confirmatory factor analysis. Regression and correlational analysis were used to determine the influence of demographic variables on PANAS scores as well as the relationship between the PANAS with measures of depression and anxiety (the HADS and the DASS). The best-fitting model (robust comparative fit index = .94) of the latent structure of the PANAS consisted of two correlated factors corresponding to the PA and NA scales, and permitted correlated error between items drawn from the same mood subcategories (Zevon & Tellegen, 1982). Demographic variables had only very modest influences on PANAS scores and the PANAS exhibited measurement invariance across demographic subgroups. The reliability of the PANAS was high, and the pattern of relationships between the PANAS and the DASS and HADS were consistent with tripartite theory. The PANAS is a reliable and valid measure of the constructs it was intended to assess, although the hypothesis of complete independence between PA and NA must be rejected. The utility of this measure is enhanced by the provision of large-scale normative data. Copyright 2004 The British Psychological Society

S Sternberg (1966)
When subjects judge whether a test symbol is contained in a short memorized sequence of symbols, their mean reaction-time increases linearly with the length of the sequence. The linearity and slope of the function imply the existence of an internal serial-comparison process whose average rate is between 25 and 30 symbols per second.

Robert J P Williams,  Jeremy Spencer (2012)
There is increasing evidence that the consumption of flavonoid-rich foods can beneficially influence normal cognitive function. In addition, a growing number of flavonoids have been shown to inhibit the development of Alzheimer disease (AD)-like pathology and to reverse deficits in cognition in rodent models, suggestive of potential therapeutic utility in dementia. The actions of flavonoid-rich foods (e.g., green tea, blueberry, and cocoa) seem to be mediated by the direct interactions of absorbed flavonoids and their metabolites with a number of cellular and molecular targets. For example, their specific interactions within the ERK and PI3-kinase/Akt signaling pathways, at the level of receptors or kinases, have been shown to increase the expression of neuroprotective and neuromodulatory proteins and increase the number of, and strength of, connections between neurons. Concurrently, their effects on the vascular system may also lead to enhancements in cognitive performance through increased brain blood flow and an ability to initiate neurogenesis in the hippocampus. Additional mechanisms have been suggested for the ability of flavonoids to delay the initiation of and/or slow the progression of AD-like pathology and related neurodegenerative disorders, including a potential to inhibit neuronal apoptosis triggered by neurotoxic species (e.g., oxidative stress and neuroinflammation) or disrupt amyloid β aggregation and effects on amyloid precursor protein processing through the inhibition of β-secretase (BACE-1) and/or activation of α-secretase (ADAM10). Together, these processes act to maintain the number and quality of synaptic connections in key brain regions and thus flavonoids have the potential to prevent the progression of neurodegenerative pathologies and to promote cognitive performance. Copyright © 2011 Elsevier Inc. All rights reserved.