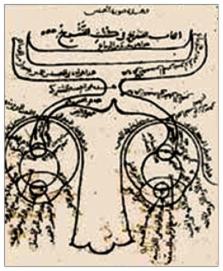 Tradition and Perspectives of Arab Herbal Medicine: A Review

Bashar Saad,  Hassan Azaizeh,  Omar Said (2005)
Complementary and Alternative Medicine (CAM), including herbal medicine, are popular in the general population worldwide. Parallel to the increasing interest in ‘modern’ CAM therapies and the historical importance of Arab medicine, there is also a similar trend in research activities dealing with the efficacy and safety of medicinal plants in our region. Historical and current studies and surveys indicate that the Eastern region of the Mediterranean has been distinguished throughout the generations with a rich inventory of natural medicinal herbs. It is well documented that indigenous Arab medicine has contributed greatly to the development of modern medicine in Europe and remains one of the closest forms of original European medicine. The rapid increase in consumption of herbal remedies worldwide has been stimulated by several factors, including the notion that all herbal products are safe and effective. This article presents a systematic review on traditional Arab medicine including historical background, medical innovations introduced by Arab physicians in the field of safety and efficacy of herbal medicine and a state-of-the-art description of traditional Arab herbal medicine in the Mediterranean region.

History of the operating microscope: from magnifying glass to microneurosurgery.

V M Kriss,  T C Kriss (1998)
The advent of the microscope in the operating room revolutionized neurosurgery. We traced the origin and evolution of this important invention from the first magnifying lens to its practical application in neurosurgery. The concept of magnification evolved from unexplained observations in ancient times to the invention of the microscope by the late 16th century. In the subsequent 3 centuries, scientists made technical advances that greatly improved the power and utility of the microscope. By the early 20th century, otolaryngologists became the first surgeons to use the microscope in clinical surgery. After World War II, ophthalmologists and vascular and plastic surgeons began using the microscope in the operating room, making further technical improvements. It was a relatively small group of pioneering neurosurgeons in the late 1950s and 1960s who transformed microneurosurgery from a revolutionary and unorthodox "experiment" into the standard of care in much of modern neurosurgery.