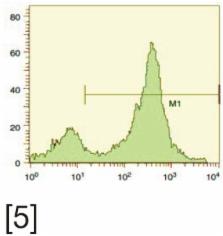 Sperm DNA fragmentation (SDF) has been generally acknowledged as a valuable tool for male fertility evaluation. While its detrimental implications on sperm function were extensively investigated, little is known about the actual indications for performing SDF analysis. This review delivers practice based recommendations on commonly encountered scenarios in the clinic. An illustrative description of the different SDF measurement techniques is presented. SDF testing is recommended in patients with clinical varicocele and borderline to normal semen parameters as it can better select varicocelectomy candidates. High SDF is also linked with recurrent spontaneous abortion (RSA) and can influence outcomes of different assisted reproductive techniques. Several studies have shown some benefit in using testicular sperm rather than ejaculated sperm in men with high SDF, oligozoospermia or recurrent in vitro fertilization (IVF) failure. Infertile men with evidence of exposure to pollutants can benefit from sperm DNA testing as it can help reinforce the importance of lifestyle modification (e.g., cessation of cigarette smoking, antioxidant therapy), predict fertility and monitor the patient’s response to intervention.

S Marchand,  B Ducot,  J Tabaste … (1991)
To estimate the prevalence and main causes of infertility, a multicentre survey was conducted over 1 year (July 1988-June 1989) in three regions of France. All the 1686 couples in these regions, who consulted a practitioner for primary or secondary infertility during this period, were included in the investigation. The prevalence rate of infertility was found to be 14.1%, indicating that one woman out of seven in France will consult a doctor for an infertility problem during her reproductive life. The main causes of female infertility were ovulation disorders (32%) and tubal damage (26%), and of male infertility oligo-terato-asthenozoospermia (21%), asthenozoospermia (17%), teratozoospermia (10%) and azoospermia (9%). Infertility was also found to be caused by disorders in both the male and female partners together; thus in 39% of cases both the man and woman presented with disorders. The woman alone was responsible for infertility in one-third of cases and the man alone in one-fifth. Unexplained infertility was found in 8% of the couples surveyed.

Denny Sakkas,  Juan G Alvarez (2010)
To review the mechanisms responsible for DNA fragmentation in human sperm, including those occurring during spermatogenesis and transport through the reproductive tract. The mechanisms examined include: apoptosis in the seminiferous tubule epithelium, defects in chromatin remodeling during the process of spermiogenesis, oxygen radical-induced DNA damage during sperm migration from the seminiferous tubules to the epididymis, the activation of sperm caspases and endonucleases, damage induced by chemotherapy and radiotherapy, and the effect of environmental toxicants. The different tests currently used for sperm DNA fragmentation analysis and the factors that determine the predictive value of sperm DNA fragmentation testing and their implications in the diagnosis and treatment of infertility are also discussed. Finally, we also scrutinize how the presence in the embryonic genome of DNA strand breaks or modifications of DNA nucleotides inherited from the paternal genome could impact the embryo and offspring. In particular we discuss how abnormal sperm could be dealt with by the oocyte and how sperm DNA abnormalities, which have not been satisfactorily repaired by the oocyte after fertilization, may interfere with normal embryo and fetal development. Sperm DNA can be modified through various mechanisms. The integrity of the paternal genome is therefore of paramount importance in the initiation and maintenance of a viable pregnancy both in a natural conception and in assisted reproduction. The need to diagnose sperm at a nuclear level is an area that needs further understanding so that we can improve treatment of the infertile couple. Copyright 2010 American Society for Reproductive Medicine. Published by Elsevier Inc. All rights reserved.

The effect of sperm DNA fragmentation on miscarriage rates: a systematic review and meta-analysis.

Sheena EM Lewis,  M Rajkhowa,  Jackson Kirkman-Brown … (2012)
Is there an association between high levels of sperm DNA damage and miscarriage? Miscarriage rates are positively correlated with sperm DNA damage levels. Most ejaculates contain a subpopulation of sperm with DNA damage, also referred to as DNA fragmentation, in the form of double or single-strand breaks which have been induced in the DNA prior to or following ejaculation. This DNA damage may be particularly elevated in some subfertile men, hence several studies have examined the link between sperm DNA damage levels and conception and miscarriage rates. A systematic review and meta-analysis of studies which examined the effect of sperm DNA damage on miscarriage rates was performed. Searches were conducted on MEDLINE, EMBASE and the Cochrane Library without any language restrictions from database inception to January 2012. We used the terms 'DNA damage' or 'DNA fragmentation' combined with 'miscarriage', 'abortion' or 'pregnancy' to generate a set of relevant citations. Data extraction was performed by two reviewers. Study quality was assessed using the Newcastle-Ottawa Scale. Meta-analysis of relative risks of miscarriage was performed with a random effects model. Subgroup analyses were performed by the type of DNA damage test, whether the sperm examined were prepared or from raw semen and for pregnancies resulting from IVF or ICSI treatment. We identified 16 cohort studies (2969 couples), 14 of which were prospective. Eight studies used acridine orange-based assays, six the TUNEL assay and two the COMET assay. Meta-analysis showed a significant increase in miscarriage in patients with high DNA damage compared with those with low DNA damage [risk ratio (RR) = 2.16 (1.54, 3.03), P < 0.00001)]. A subgroup analysis showed that the miscarriage association is strongest for the TUNEL assay (RR = 3.94 (2.45, 6.32), P < 0.00001). There is some variation in study characteristics, including the use of different assays and different thresholds for DNA damage and the definition of pregnancy loss. The use of methods which select sperm without DNA damage for use in assisted conception treatment may reduce the risk of miscarriage. This finding indicates that assays detecting DNA damage could be considered in those suffering from recurrent pregnancy loss. Further research is necessary to study the mechanisms of DNA damage and the potential therapeutic effects of antioxidant therapy. None.