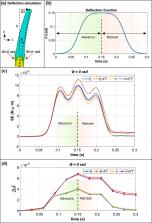 Journal: Biomechanics and Modeling in Mechanobiology

Rainer Hedrich (2012)
Since the first recordings of single potassium channel activities in the plasma membrane of guard cells more than 25 years ago, patch-clamp studies discovered a variety of ion channels in all cell types and plant species under inspection. Their properties differed in a cell type- and cell membrane-dependent manner. Guard cells, for which the existence of plant potassium channels was initially documented, advanced to a versatile model system for studying plant ion channel structure, function, and physiology. Interestingly, one of the first identified potassium-channel genes encoding the Shaker-type channel KAT1 was shown to be highly expressed in guard cells. KAT1-type channels from Arabidopsis thaliana and its homologs from other species were found to encode the K(+)-selective inward rectifiers that had already been recorded in early patch-clamp studies with guard cells. Within the genome era, additional Arabidopsis Shaker-type channels appeared. All nine members of the Arabidopsis Shaker family are localized at the plasma membrane, where they either operate as inward rectifiers, outward rectifiers, weak voltage-dependent channels, or electrically silent, but modulatory subunits. The vacuole membrane, in contrast, harbors a set of two-pore K(+) channels. Just very recently, two plant anion channel families of the SLAC/SLAH and ALMT/QUAC type were identified. SLAC1/SLAH3 and QUAC1 are expressed in guard cells and mediate Slow- and Rapid-type anion currents, respectively, that are involved in volume and turgor regulation. Anion channels in guard cells and other plant cells are key targets within often complex signaling networks. Here, the present knowledge is reviewed for the plant ion channel biology. Special emphasis is drawn to the molecular mechanisms of channel regulation, in the context of model systems and in the light of evolution.

Stretch-activated ion channels: what are they?

Frederick Sachs (2010)
Mechanosensitive ion channels (MSCs) exist in all cells, but mechanosensitivity is a phenotype not a genotype. Specialized mechanoreceptors such as the hair cells of the cochlea require elaborate mechanical impedance matching to couple the channels to the external stress. In contrast, MSCs in nonspecialized cells appear activated by stress in the bilayer local to the channel--within about three lipids. Local mechanical stress can be produced by far-field tension, amphipaths, phase separations, the cytoskeleton, the extracellular matrix, and the adhesion energy between the membrane and a patch pipette. Understanding MSC function requires under standing the stimulus.

Mechanosensitive channels: what can they do and how do they do it?

Elizabeth Haswell,  Rob Phillips,  Douglas C. Rees (2011)
While mechanobiological processes employ diverse mechanisms, at their heart are force-induced perturbations in the structure and dynamics of molecules capable of triggering subsequent events. Among the best characterized force-sensing systems are bacterial mechanosensitive channels. These channels reflect an intimate coupling of protein conformation with the mechanics of the surrounding membrane; the membrane serves as an adaptable sensor that responds to an input of applied force and converts it into an output signal, interpreted for the cell by mechanosensitive channels. The cell can exploit this information in a number of ways: ensuring cellular viability in the presence of osmotic stress and perhaps also serving as a signal transducer for membrane tension or other functions. This review focuses on the bacterial mechanosensitive channels of large (MscL) and small (MscS) conductance and their eukaryotic homologs, with an emphasis on the outstanding issues surrounding the function and mechanism of this fascinating class of molecules. Copyright © 2011 Elsevier Ltd. All rights reserved.